‘7UP Madras Gig’ Season 1 to have a six-episode run 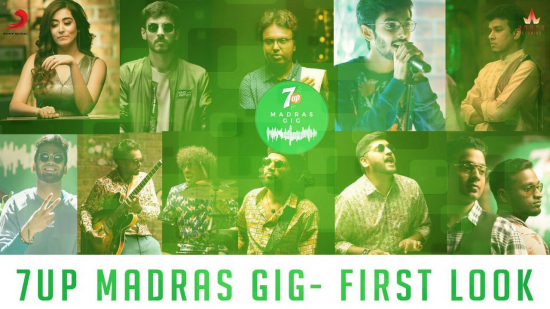 Episodes to air, May 22 onwards on the Sony Music India YouTube channel

Come May 22, get ready to be treated to fresh, original Tamil pop music created by the best in the industry. Sony Music and Knack Studios Mylaporehave teamed up for an initiative called ‘7UP Madras Gig’ which will showcase independent musicians and sounds from the South of India.

Featuring in the lineup this year are the likes of Oorka, Sajith Satya and Santosh Dhayanidhi along with big names like D Imman, Leon James and Vivek-Mervin.

The first look goes up on May 14 and weekly episodes start on May 22, beginning with D Imman. Each season will comprise six songs, six live performance videos and other ancillary music content, according to a release by the Indian music giant.

Celebrated composer D Imman feels 7UP Madras Gig will change the way the South listens to music. He says, “I am getting an opportunity to create themes to showcase musical and lyrical expression which is purely non-film. I am all set to get on the floor, I am sure my listeners will be surprised.”

Shridhar Subramaniam, President India & Middle East – Sony Music, who conceptualized the project, adds, “We are keen to start a pop culture in South where we connect artists and fans directly and without the aid of a movie. We feel this will give rise to a new genre also encouraging other artists to come forth for the next season.”

Gaurav Verma, Associate Director, Flavors Marketing, PepsiCo India said, “Music is a universal language and 7UP Madras Gig is our way of saluting the rich and vibrant talent of the state. Through the platform, we look forward to bringing together talented young voices to the forefront of the music scene in Tamil Nadu.

Harish Raam LH, President and Co-founder, Knack Studios noted, “This collaboration with Sony Music is exciting as they will provide the perfect reach for the artists while we offer our state-of-the-art facility, ensuring a world-class product.”