Stands in for Wajid Khan 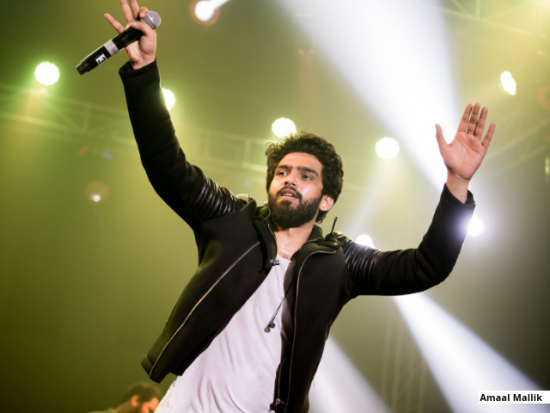 It’s been long overdue but music director Amaal Mallik will be seen makes his judging debut as a singing reality show… Zee TV’s Sa Re Ga Ma Pa, no less! So what if it is only for a day? Amaal will be stepping in for Wajid Khan for a day and the episode is to air this weekend (November 3-4).

The show was launched two weeks back with composers Shekhar Ravjiani and Wajid Khan and singer Sona Mohapatra. He explains the reason for the stand-in. “Wajid got a terrible knee injury and had to be rested for a week at least,” he shares.

With this development, Amaal becomes one of the youngest music composers to judge a reality show. “The channel needed someone to urgently take his place for the mega-episodes, so Wajid Sir requested me to step in. It was really beautiful, the contestants were incredibly talented and confident,” he says.

Any favourites? “I would like to mention two singers Gurbinder Singh and Rajvinder Kaur who stole my heart, I feel they are truly blessed! Even though this was my first time on a music reality show as a judge, every one was very warm and welcoming. Shekhar Sir and Sona were amazing co-judges and I had a blast with them.’