Archie, Hodor and Baby on screen, musicians off it 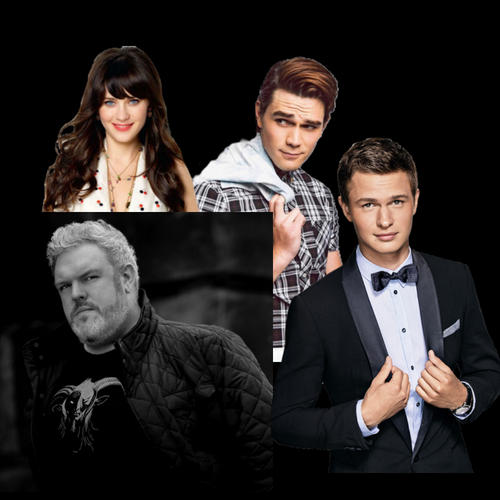 It’s tough to live two lives. More so, when you are an artist and active pursue two vocations. Actor-singers/musicians have it hard, having to schedule shoots and promotions around their films, but some of them make it look incredibly easy. Did you know these artists juggle both careers really well?

Ansel Elgort
Best known for: The Fault in Our Stars, Divergent Series, Baby Driver
Also is: A DJ and singer. As a DJ, his alias is Ansolo.
Fun facts: Played at the Electric Zoo Festival in 2014, the Ultra Music Festival in March 2015, opened some of The Chainsmokers shows, a NERVO show, and some with his friends Nicky Romero and Martin.Garrix.

Zooey Deschanel
Best known for: Almost Famous, The Good Girl (TV), The New Guy, Elf and (500) Days of Summer
Also is: A singer, keyboardist, percussionist, banjo and ukulele player. In a band called She & Him with M. Ward.
Fun facts: She has received a Grammy Award for Best Song Written for Visual Media nomination for her song “So Long”, which featured in the Winnie the Pooh soundtrack.

Kristian Nairn
Best known for: Playing Hodor in HBO’s Game of Thrones.
Also is: A progressive house DJ, and used to be the resident DJ of KREMLIN.
Fun facts: He toured with “Rave of Thrones” in the US and Australia in 2014.

K.J. Apa
Best known for: Playing Archie Andrews in the CW drama series Riverdale.
Also is: A musician and singer.
His nine-track debut album, The Third Room, was released back in 2011 when he was just 14 years old!