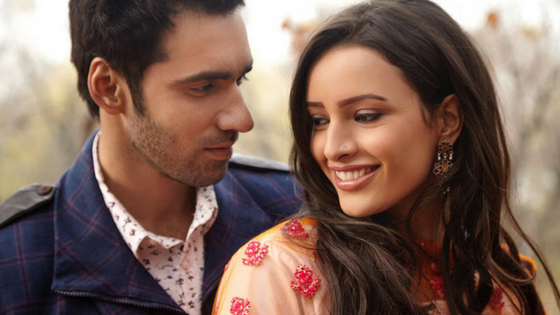 Arijit Singh had a heartfelt message for Imtiaz Ali the moment he heard Aahista, the new song out today from the intense love story, Laila Majnu.

When The makers sent the rough version of the song to Arijit he loved the song instantly and sent a message to Imtiaz saying how he connected with the song in the first go and felt the lyrics are beautiful and that in fact he is so happy to lend his voice for it! After receiving such a warm response, Imtiaz Ali thanked him for adding soul to the song.

After a long time there’s a ‘Heartbreak Song’ which will instantly connect with broken hearts across.

Imtiaz ali adds, I was touched with Arijit’s message. He has given ‘ aahista’ a new depth and dimension with his soulful voice, we belive the song will connect with all the ‘tute hue dil’ out there’

With imtiaz Alis ear for music and Arijit singh’s deep voice., this song will surely remind you of your first heartbreak!

After all, the beauty of love also lies in the pain it brings with it