‘At the mention of Kashmir, people’s ears perk up…Art can change that’ 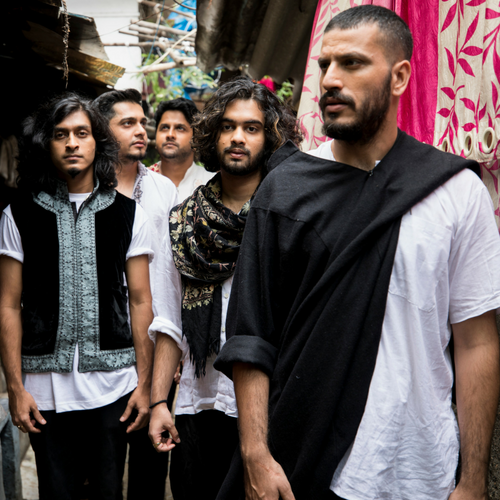 Alif was formed in 2008 and the band’s music is a fusion of Kashmiri and Urdu poetry, The lyrics are hard- hitting and are known to strike a chord with powerful meanings and a strong, undefeated tone. Therefore, it comes to no surprise when Alif won an Indian Recording Arts Award (IRAA) for their “Like a Sufi”. Team Alif has Mohammad Muneem, Hardik Vaghela, Karan Chitra Deshmukh, Aman Moroney, Amit Gadgil and Chaitanya Baidkar.

Mohammad had a lot to talk about, including the mindset of people, what pops into their minds when they think about Kashmir, his thoughts on poetry, faith, and what not. While waiting at the airport on the way to London for a few performances, we had a session with him. Quite an interesting chat; not one to be long forgotten, to say the least.

HUMBLY HAPPY
With Alif having gotten critical acclaim and a positive response from all kinds of audiences, Mohammad seems overwhelmed. “It takes a little time for people to get comfortable with something that they feel is not mainstream” he explains. “That is what is happening with Alif. Humbly so, I am quite happy.”

ROOT ROUTE
Poetry is what has brought Mohammad into the limelight. He further mentions, “I often if not always go back to Kashmir to write my poetry. I am all for story-telling and exploring different genres.”

LOVE ALL AROUND
They have found true fans who absorbed the emotions emphasized through their music. Mohammad tells us about his fans with a surge of content in his voice. “They listen to Urdu and Kashmiri poetry which they might not understand the first time, but we believe they feel it. Love comes from all over the world and I take that as humbly as one can.”

TAKING RISKS
New music and styles can be risky, but that didn’t stop him from stepping away from his roots to have a fresh take on it. “We didn’t want to do something we don’t like.” Taking risks is what brings out the best in people. You might fail or not. But in the process you learn. He says that, “What I personally wish to see is that artists start creating more and more of their own content with writing. That hasn’t been happening in Kashmir for a really long time.”

That change is now more apparent, with Kashmiri artists like Parvaaz, Aabha Hanjura and Vibha Saraf ”bringing to people what they love the most” and that makes him quite elated.

UPCOMING PROJECTS
When talking about Bollywood, Mohammad tells us about his new offers and how Bollywood is exploring Kashmiri music. “I’m happy that big production houses are starting to adapt to Kashmiri music in its originality and sometimes other wise. They let us explore. They listen to the song and “agar unhe khoobsurat laga”, they take it.

He has got quite a handful to await this year. Alifs song “Lalnawath” was the recipient of the Best Music Video at the Dadasaheb Phalke Film festival 2018. Laila and Majnu, a film based in Kashmir is awaited. Torbaaz, a Sanjay Dutt-starrer, has his dialogues and a few Alif songs. Kash Mir Singh by Drishyam Films, directed by Supreet K Singh is also a film he is has been commissioned to write dialogues for, which shall also have some of Alif’s songs.

SHARING KASHMIR
Kashmir has always been a sensitive topic for people and various artists. But not for Mohammad as he confidently opens up about his roots. “At the mention of Kashmir, people’s ears perk up… but for the wrong reasons. I’m what my roots are and what is most beautiful is, I get to share it my team, my band mates. And finally with the world. Art can change how people look at a place”

A real-life incident, wherein someone when a sickle, a sword and a steel rod (he names the weapons used by the people pursuing him) tried to kill him. “I ran into a Mandir to save myself. That is why I am alive today. When you see life in black-and-white your perception changes. I thank my fans for giving me the strength and compassion to spread love over hate rather than saying that “mujhe badla lena hai.”

WE NEED COMPASSION
You have to be in a place to understand the pain of the place. Jinke ghar tak aag nahi pohonchi hai, toh unhe lagta hai ki aag hoti hi nahi hai. You can’t be a one-man army. You need compassion and togetherness, and it’s time we express that through heart.” Cue heavy tears and pride in our hearts.

This man is truly a man of powerful words. It took him 15 years to be where he is today. He says his house is a place of resilience and the biggest thing he has learnt is from his roots.

He has come a long way, but admits he has a long journey ahead.