Why Beychella won the weekend! 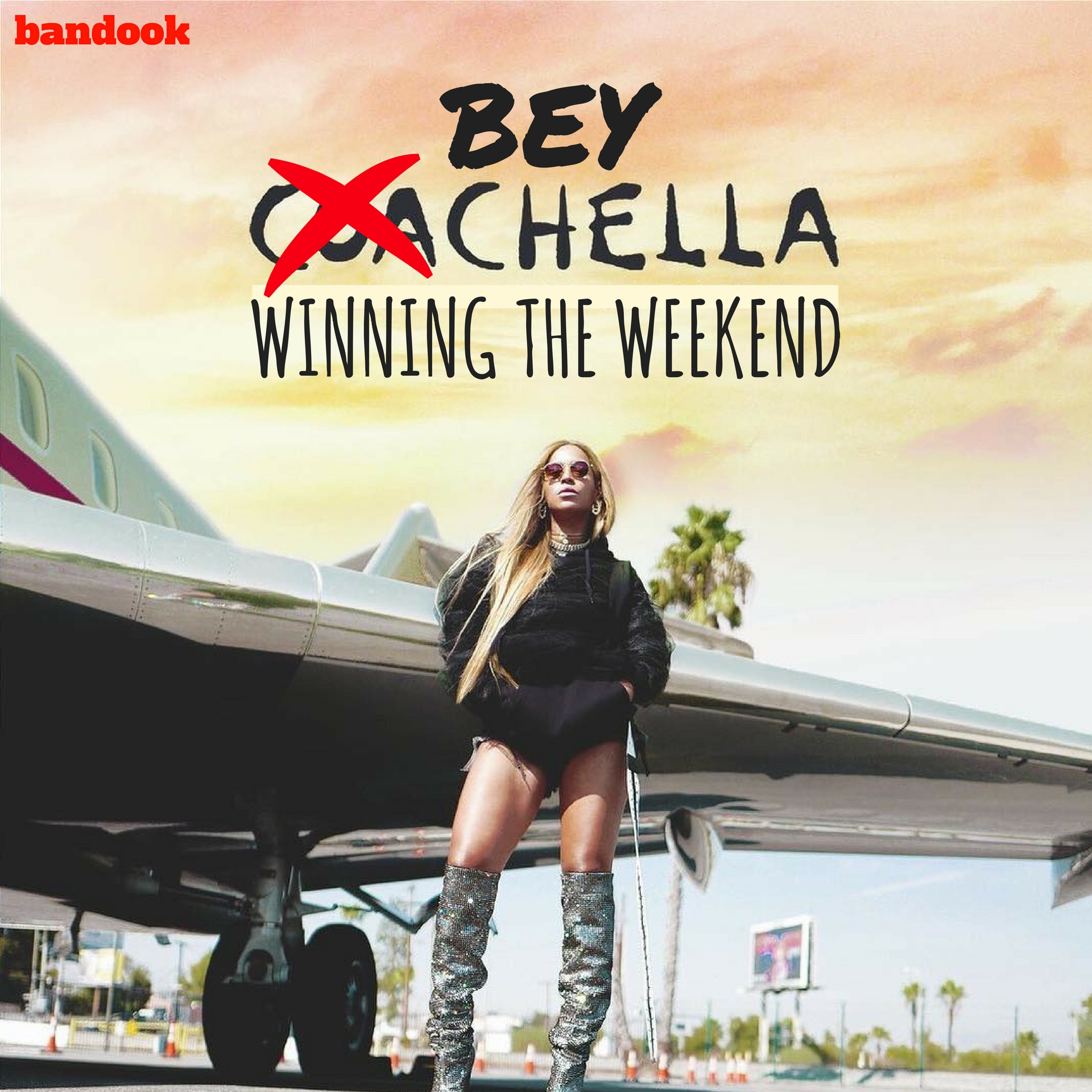 Why #Beychella won the weekend!
Queen Bey ruled and rocked Coachella like no other

In its 19th year, Coachella made history when it was headlined by Beyoncé, the first black woman to headline the massive Music and Arts Festival, where she dropped bombshell after bombshell. Her comeback show was a spectacle worth every minute waiting up for, if you were livestreaming her. So much so, we needed time to recover from Bey fever (not completely, yet) to write this!

THE BIG ACT
Beyoncé’s performance was a throwback to her 20-year pop career that remains on a steady throne, ONE no star can surpass. She followed the black musical tradition starting with the battle cry, “Freedom,” Black National Anthem, “Lift Every Voice and Sing.” Recent Rock Hall honoree Nina Simone‘s “Lilac Wine” and Fela Kuti‘s “Zombie”, including a sensational New Orleans Brass rendition of “Single Ladies”. Beyoncé and hubby JAY-Z were a united front on stage. They had “hella heart eyes” for each other and performed “Déjà Vu” – teasing they’re upcoming On The Run II tour.

STAGE PARTNERS
She made possible the reunion of Destiny’s Child. Opening with her song ‘Crazy in Love’, she grooved with the audience to ‘Pomp and Circumstance’.
The return of Beyoncé favoured twin dancers, “Les Twins” Laurent and Larry Nicolas Bourgeois.

WHAT WENT INTO IT
Beyonce had a crew of 100 dancers whom she had hired a week in advance and would make them prepare for 11 hours daily to attain perfect synchronicity.

SHE SO FLAWLESS!
But if it was only the performance that had everyone awestruck, we’d say something was missing. Beyonce made sure everything was flawless, proof being that what was a metal pyramid structure split in two, revealing a functional set of contemporary bleachers for the gold-clad brass band.

RENAME IT!
Suffice it to say that she owned the festival. DJ Khaled proclaimed to the audience that “Coachella gotta rename Coachella the Beychella.” And rightly enough #Beychella was trending more than the festival itself.

WEAR IT PROUD
We loved Beyoncé’s original school crest, Bedazzled with a Black Panther, a bust of Nefertiti, a Black power fist and a Sparkling Bee.