Big B already has tiger doing the Badumbaa Step! 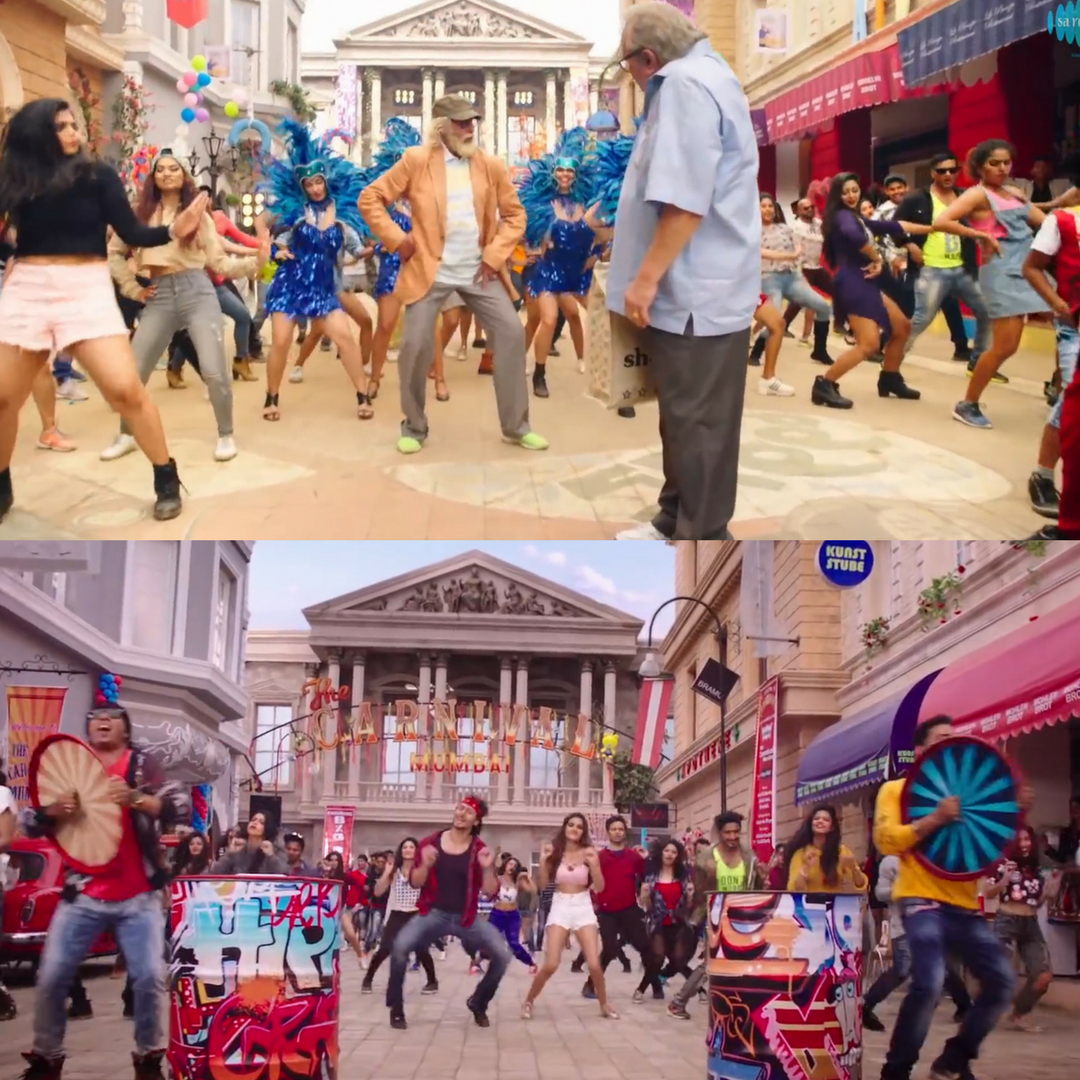 BIG B ALREADY HAS TIGER DOING THE BADUMBAA STEP!
Or does Tiger Shroff have Mr Amitabh Bachchan doing the Ding Dang one?

Even a cursory glance at the teaser for the much-hyped Badumbaa song from 102 NOT OUT, starring Amitabh Bachchan and Rishi Kapoor, will give you a sense of deja vu.

And here’s why. It feels strangely similar to a Tiger Shroff song called Ding Dang for the movie Munna Michael.

No, the music composed by Big B doesn’t feel inspired. We’re not saying that at all.

What we are, however, saying is that both videos seem to be shot at the exact same spot. It’s almost like it was shot a few days apart.

The color palette of Badumbaa is really young as is the one for Ding Dang. In fact, it isn’t just because of the set. It’s also because the idea behind the song is to showcase AB Sr’s 102-year-old character being young at heart. And going by the teaser, that comes through rather cleanly.

We do realise that several Bollywood songs are shot at similar locations over a course of time. But you have to admit that those songs “look” starkly different.

Apart from the obvious — the older characters and a few extra dancers — it’s pretty much the same image.

What other difference can you spot?