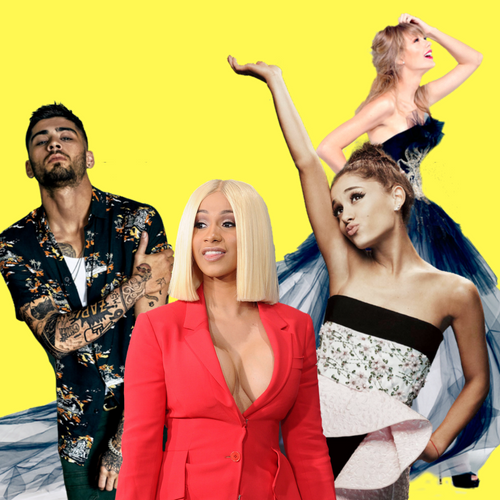 We’ve seen it happen all too often. And for different reasons, too! Feuds, single/album launches, detox, time-off, you name it, it’s happened. Cardi Bjoins a growing list of artists who leave social media only to return to it… at some point.

1. CARDI B
Gone from Instagram and private-protected on Twitter, we’re gonna miss the Cardi-blitzkrieg. Following a heated debate with Azealia Banks, who called Cardi an “illiterate, untalented rat,” the “poor man’s Nicki Minaj,” and “a caricature of a black woman” on the radio show The Breakfast Club. Before deleting her account, Cardi posted a few statements in response to the rapper and in her last tweet before making her account private she says, “I’m tired of the bullshit. I need to enjoy my pregnancy, family, new projects and my partner. Listen to Invasion Of Privacy.” Touche!

2. NEIL YOUNG
Neil Young has given access to all of his recorded music at NeilYoungArchives.com. Now on Facebook, the songwriter says that he will leave social media to focus on Neil Young Archives. He also says that from June 1, he will charge $1.99 a month, or $19.99 a year for access.

3. ARIANA GRANDE
Ariana Grande came back to social media in April, following a months-long social media hiatus. She teased the song “No Tears Left To Cry” with a new hairstyle and the single was officially released at midnight. The song garnered views in millions overnight, as a tribute to the Manchester attack.

4. ZAYN
On 8th April, Zayn returned to social media 24 hours after deleting all his Instagram posts. He left his fans wondering after this, with possibilities of a new album, similar to Taylor Swift. He did end up releasing a Hollywood-style trailer for his song Let Me.

5. TAYLOR SWIFT
Taylor Swift randomly left all her social media accounts back in August. Within three days, she came back with a mysterious 10-second video of a snake tail without any caption. This was for her new album Reputation, for which she is on tour now.

6. KANYE WEST
Kanye West returned after nearly a year off of social media to celebrate Valentine’s Day with a sweet Valentine’s message to his wife, Kim Kardashian West. This happened after he collapsed from exhaustion at the end of 2016 with onstage meltdowns during his Saint Pablo tour.

7. SAM SMITH
SAM SMITH said that he was taking a break from social media on March 1, 2016. This happened when he received a lot of trolls after he claimed to be the first openly gay male to receive an Academy Award. He only came back to post about the Orlando nightclub shooting tragedy, the death of George Michael and to complement the work of the charity organization War Child UK. He became steady in May 2017.

8. JUSTIN BIEBER
What happens in summer, stays in summer. Justin Bieber had threatened his fans to stop posting negative comments about his then-girlfriend Sofia Richie otherwise he’d make his Instagram private. In August, he shut down his Instagram account. He also declared that Instagram is “for the devil” at a November 2016 concert. Bieber returned on Feb. 3, 2017, and has about a 100 million followers.

9. RIHANNA
Back in 2014, Instagram and Rihanna weren’t the best of friends. Instagram had deleted and restored her account because of her topless photos from her photo shoot. Rihanna stayed away for six whole months and didn’t return until November of that year. Shows us not to mess with Rihanna, eh?