Call Me By Your Name… 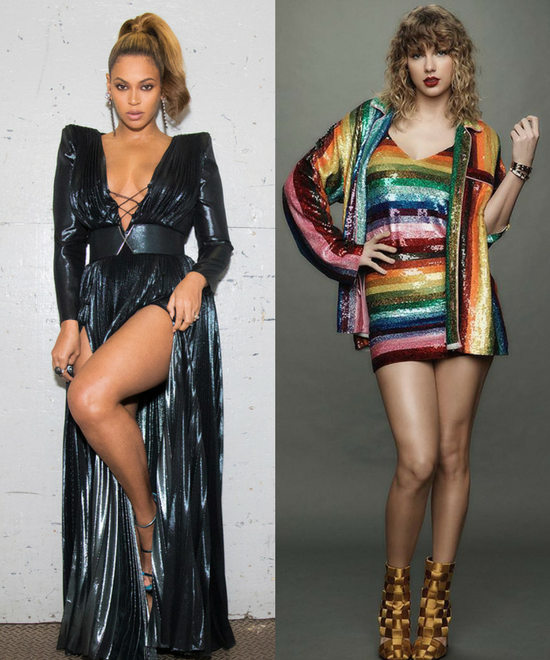 You’ve got an epitome for a personal trait of your favourite idol. More often than not, you hope that your significant other aspires to an (impossible, sometimes) standard set. Bryce Vine’s slow-burning ‘Drew Barrymore’ is the latest hit in a long list of tributes to celebrities, that are almost universally looked up to.
Is your idol on this list?

Drew Barrymore – Bryce Vine
Bryce’s heart knows what it wants. Unlike SZA’s song by the same name, it features Drew in lyrics (co-written by Julia Michaels), while the actress features in SZA’s video and even promoted it. Nonetheless, Bryce has mentioned the reason for titling the song this as, “She embodies so many of the great qualities of that a lot of people look for in a significant other.” Okay, then!

My Beyoncé (Explicit) ft. Dej Loaf – Lil Durk
This was more of a coming-out song for Durk and Dej’s relationship. The two made it ‘official’ with this song. When you call your “#shawty” (your girlfriend) your Beyonce, it’s a damn big deal. In fact, Durk says as much about the referencing. “It was perfect timing. Dej = sex symbol icon. Beyonce = sex symbol icon. …so I was like that’ll be perfect, she’s my Beyonce. Now you got a lot of people calling their girl their Beyonce. You know how you can see it before it happen? That’s one of them…. The rollout was perfect.”

Walks Like Rihanna – The Wanted
The lead single off their third album, it’s about that sorta-imperfect girl in your life in so many ways (but perfect in ways only you can see) who you wanna be with. Everybody knows (and you in some sense) that’s she’s so wrong, but then again, as the song goes, “Who cares – she walks like Rihanna.”

I Wish (My Taylor Swift) ft Matthew Koma – The Knocks
According to Matthew Koma, “most girls don’t tick all the boxes”. And so, the girl “i’m gonna man” won’t be just anybody, according to him. His wishlist states thus: “I wish I could find my Taylor Swift / Be bad as hell, take no one’s shit / She’d be a boss and so legit.”
Well, Tay’s got big ‘#REPUTATION’, so yeah…

Marvin Gaye – Charlie Puth
Surprisingly enough, Charlie Puth doesn’t make #MarvinGaye an ideal, but he does make the late singer a verb, referencing soul singer Marvin Gaye’s music as something to get it on (aka have sex). Charlie told iHeart, “I was honestly just fooling around thinking ‘okay, what’s a funny song I could make?’ And I was just like, ‘Let’s Marvin Gaye and get it on.’ And my friend was like, ‘That’s actually kinda tight, you should try and finish that.’ So it turned into a real song.”

Genghis Khan – Miike Snow
Jealousy takes on a whole new shade with this track. While it isn’t so much a description of the perfect ‘other’ as much as the feelings they arouse in you, you’re taken in by how love can also depict violence and aggression (two things Genghis Khan stood for), in attaining one’s end goal.