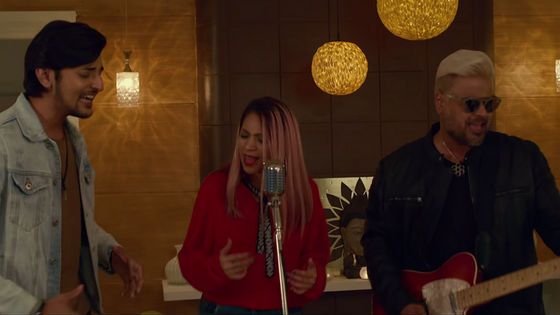 Inspired by the title Make It What You Want, we asked DR’s fans to make the review of the song, what they wanted

Fans are opinionated and will tell you off if they don’t agree with you on your criticisms and love you if they agree with you. Which is rarely the case. We recently asked pop sensation Darshan Raval’s fans to review his single/jingle for Subway, Make It What You Want, a collaboration with Shor Police (Clinton Cerejo and Bianca Gomes).

The three went in for a song that was a fusion of their different styles, surprising everyone when they released it.

Here’s what some of the fans we spoke to, had to say…

@poetic_drop_dz: The Shor Police collaboration is enough to show that Darshan Raval is a miraculous, determined and multi-talented artist.

@_ayeshaalli: Watching the video, I felt so energised, I wanted to jump and dance. It’s something done very differently by Darshan.

@gabbu_lovers_fc: Reminded me of the Sunny Sunny workout motivation song. Another level of swag and enjoyment, thanks to Darshan’s expressions.

@manshi_darshanian_shaw: Totally different. Innovative. Powerful. He slays with his facial expressions. Would love to go on a Subway date with him.

@baarishleteaana_darshinigamdz (Samdam): The trio has perfectly inspired the young generation in a marvellous way. Looking out for more awesome songs like this.

@jaya__pandey__: We weren’t over one masterpiece and he released another perfect song. July is a bomb month… he is dropping bombs and we’re already dead!

@vaani_vaid_raval: Energetic and catchy, Make It… is a powerful message about life. Don’t waste your time. It’s an inspiring song.

@baarishleteaana_rumisultanadrdz: I don’t like English music much, but Darshan and Shor Police really made me a fan of English music. Awersome collab!

@darshankifan: Darshan Raval with so much energy and enthusiasm singing a motivational song about life. Perfect youth anthem for our generation.

@dipti_das_raval: It’s outstanding. Completely different from the type of songs he sings. This song is lit, Loved it.

@swatidz1810: Motivating, cool, amazing, one can’t stop oneself from dancing and the fusion of Indian classical and Western music is WOW!

@raval_chisha_dz: This song has dance, which we rarely see him do. Which made me go ga-ga over him.

Wanna know what the fuss is about? Watch the video here: