Dear OneRepublic, Shukriya for the Bohot Badhiya performance, but… 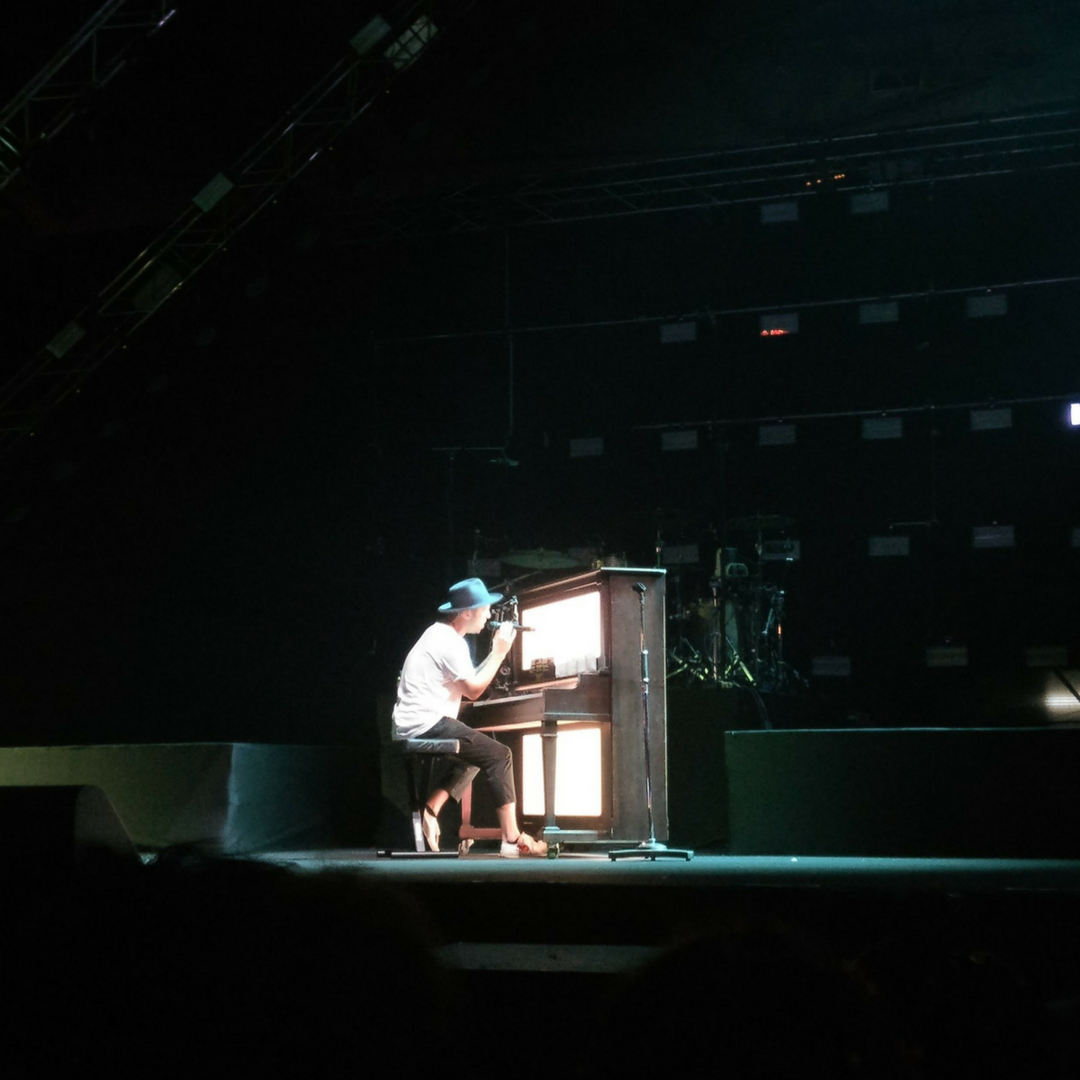 Dear OneRepublic, Shukriya for the Bohot Badhiya performance, but…
We only wish your gig was much longer!

Sometimes, a last-minute plan turns out to be a memorable evening. A OneRepublic concert at the NSCI Dome in Worli, Mumbai was one such evening.

It’s the pop-rock band’s first time performing in India and they made more than a few new fans — some whose knowledge of their songs was limited to Apologize, Secrets and obviously, Counting Stars. Of course, wherever you looked, there were quite a few who knew the words to all the songs, too. Not too many, but still.

It was Ryan Tedder, frontman of 1R who took the lead in rallying the crowds with a rousing set list punctuated by observations, announcements and a choice strewing of Hindi words picked up over the course of their stay in the city.

At some point, he did introduce the rest of the band — guitarist Zach Filkins, guitarist Drew Brown, bassist and cellist Brent Kutzie and drummer Eddie Fisher.

There did come a point in the evening where he addressed the last-minute venue change (it was originally announced as the MMRDA Grounds) and added, “This is most definitely the last-minute international show we’ve ever done. We usually announce a show six months before we actually do it. So the fact that you guys showed up actually means a lot.”

And Ryan did show his appreciation by jumping into the crowds and doing a short run around and owning the stage.

Suffice it to say, if you’d not seen 1R live before (or even on YouTube), this was going to be a revelation of sorts.

Here’s what you missed if you weren’t there…

OPENING ACT
We missed Mumbai-based band ONEmpire (Zarir Warden on vocals, Garth Dmello on keyboard, Gavin Cason on guitars, Atish Thomas on drums and Loy Henriques on bass) in action. Performing a cover of Coldplay‘s ‘A Sky Full Of Stars’ according to some reports. Their Instagram, however, seems to suggest they played The Killers’ ‘Are We Human’. Whatever happened to releasing ‘Heaven Sent’ and other singles from their EP? Let us know if they did play their singles.
UPDATE: Zarir reached out to say that they had a high-energy set played to a “very responsive crowd” and that they were to originally play 4 originals and 5 covers but had to shorten their set to 3 originals and 4 covers. More updates soon.

THE HIT-LIST
Starting at 8.30 pm, OneRepublic played to the gallery with crowd-pleasers. The instantly recognisable Apologize, Kids, Secrets, and Counting Stars. Also, on the set-list were I Lived, Rich Love, If I Lose Myself, Let’s Hurt Tonight, Stop And Stare, Good Life, All The Right Moves, Something I Need, Love Runs Out and Feel Again.
Ryan and 1R also paid tribute to the recently deceased Avicii by playing the DJ’s hit, ‘Wake Me Up’ on piano.

THE TEDDER LIST
Ryan also happens to be a songwriter of note, having won a Grammy thrice (twice with Adele, once with Taylor Swift). He performed Adele’s Rumour Has It’, Ed Sheeran’s Happier’ and Beyoncé’s Halo at the concert in Mumbai.

THE MISSED-LIST
An alert fan rued that she wished they’d played Mercy, Au Revoir, Burning Bridges and Say as well.

DURATION
OneRepublic’s set lasted close to 90 minutes, starting at 8.30 pm and ending at close to 9.50 pm.

THE STAGE
The backdrop was just a light rig with the instruments taking centre stage. At some point, the piano became the focal point even as you tried to pay attention to both Kutzie and Filkins who were too far apart.

THE STANDOUT MOMENTS
Would have to be the times he dove straight into the crowds, when he paid tribute to Avicii and when he played Beyonce’s Halo.

WHAT WE FELT
Tedder’s voice was heavy with emotion. He had you eating out of his hands at the lows and the highs. In the knowns and the unknowns. Even in his silences and when the instruments solely played. He’s devoted to his band and that shows.

He’ll return to India at some point. Mumbai even. It says something that he wore a tee that read ‘South Bombay Snob’. If you’re from the city, you’ll get the joke. Moreover, he mentioned that Zach was even looking at house prices here (good luck with finding one!).

OneRepublic had us at namaste, and we’d like to return their shukriya with Tedder’s perfectly pronounced bohot badhiya for showing us what a world-class act can do at short notice.