Dolores O’ Riordan in the D.A.R.K. 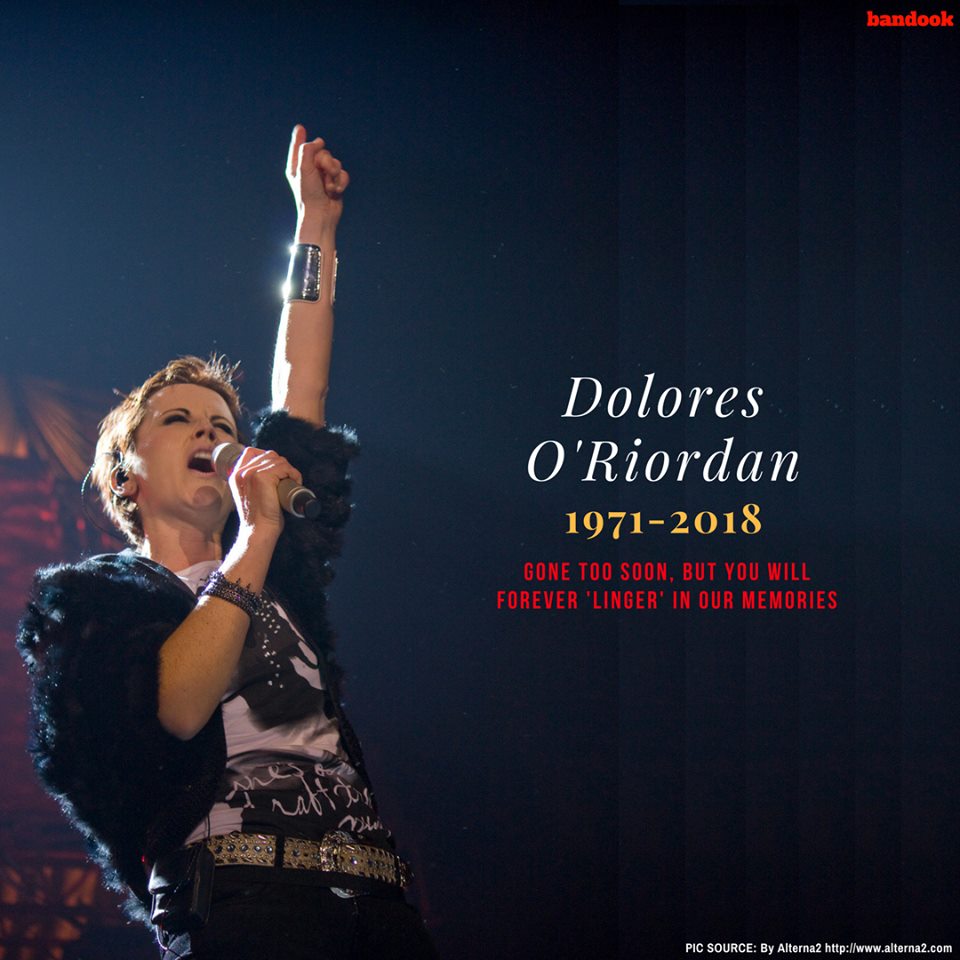 If you were a 90s kid, growing up listening to bought/borrowed/stolen/bootlegged copies of The Cranberries”Everybody Else Is Doing It, So Why Can’t We?’ (which featured ‘Linger’) and ‘No Need to Argue’ (which had ‘Zombie’) were a given. This was a time before digital streaming and audio CDs. We were still in love with our audio cassettes and the elaborate inlay cards.

One remembers the first time one watched the video of ‘Zombie’and instantly falling in love with the persona of the lead singer Dolores O’Riordan, after already being in love with her very ‘different’ voice.

Of course, as the years went by, and music tastes changed, returning to old favourites became a rarity. Through most of the 2000s, it became ‘out of sight, out of mind’ with The Cranberries taking something of a hiatus for several years. Their return wasn’t nearly as noticed as their early work, but they did persist and continue working.

And while several tour cancellations owing to health problems (most recently, a persistent ‘back problem’ forced her to cut her 2017 tour schedule short). As late as May last year, she declared she was suffering from bipolar disorder.

Our selective memories of the artist and her work don’t limit the love and pain we feel on losing her. The very fact that she and her songs remained on our all-time lists, says a lot.We attempt to piece together moments of her life, most people might not be familiar about. Here goes…

— She had to audition to be the lead singer in the band
— She would perform barefoot sometimes
— Raised a Catholic, she met two popes and has performed several times at the Vatican’s annual Christmas concerts.
— Since 2014, she was also the frontwoman of a band called Jetlag, which was eventually renamed D.A.R.K.
— The band featured her, Andy Rourke (The Smiths‘ bass player) and a lesser-known singer-songwriter Olé Koretsky. They put out their only album ‘Science Agrees’, late-2016.
— At 46, gone too soon and too suddenly, music has lost a familiar, yet powerful female voice.#bandook #RIP #RestInPeace#Dolores #MissYou #Linger #Dreams#AnimalInstinct