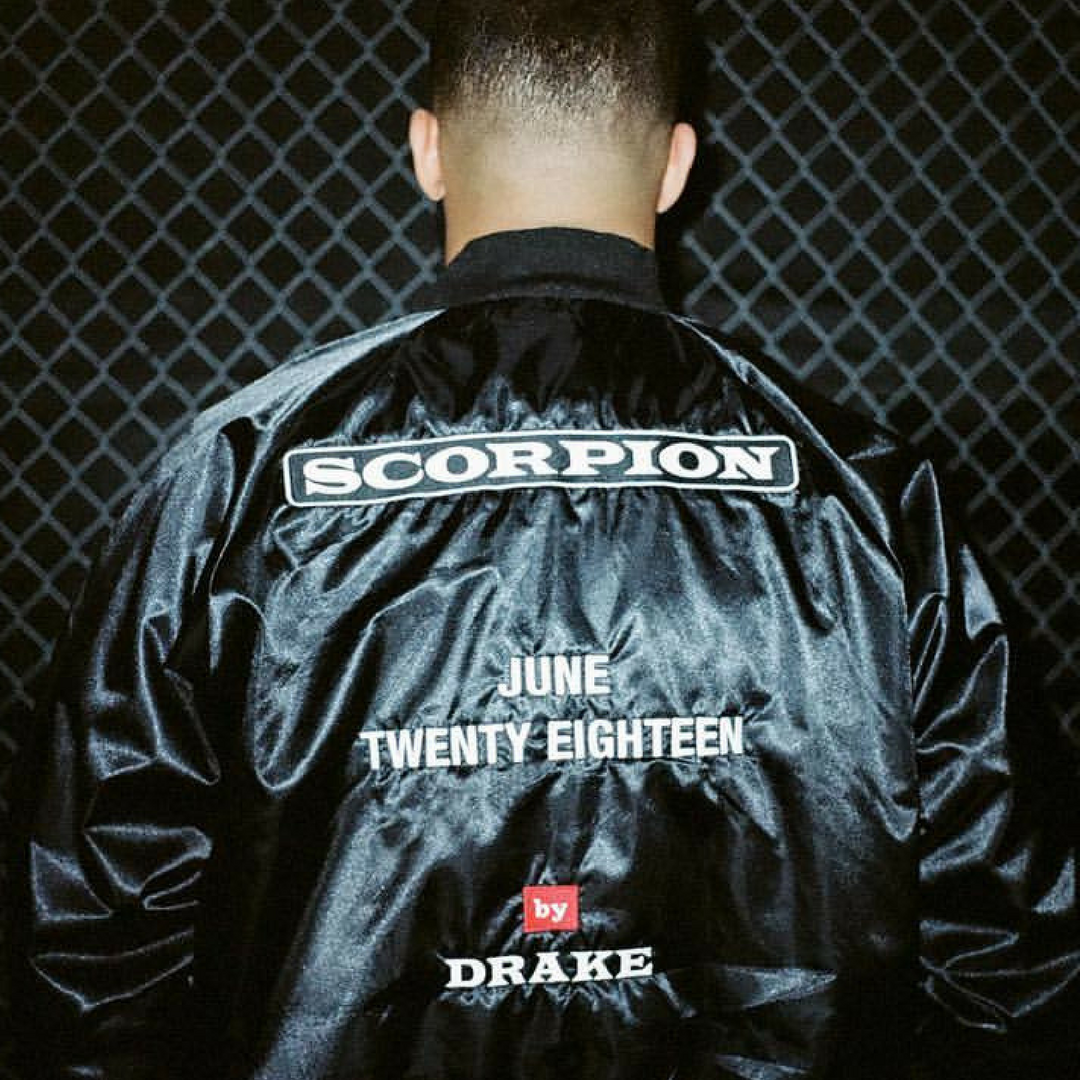 And why do we think that? Well, if we know the internet and social media like we do and artists leaving cryptic clues for fans to decipher, we’re pretty darn sure Drake, back to camera, wearing a black leather jacket with the words ‘Scorpion, June Twenty Eighteen stitched on the back, can only mean one thing! New Music!!

And why can we say this with a certain level of surety? Well he did do something similar to promote his third album, Nothing Was The Same, nearly five years ago. At the time, he wore T-Shirts with the album’s title printed in the front with September 24, written on the back.

His last single, God’s Plan, on top of the charts for several weeks now, was recently dethroned by his latest single Nice For What, which debuted at #1 this week.