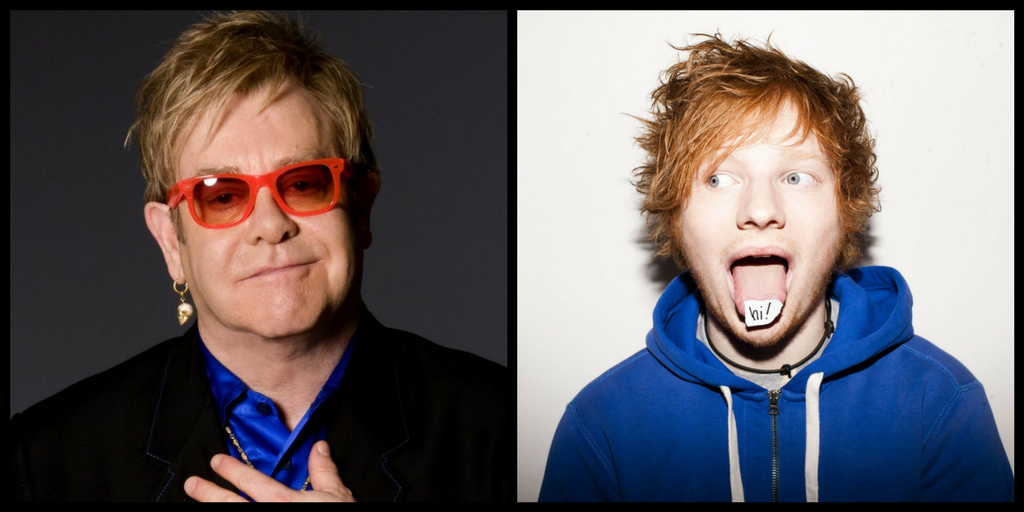 The veteran singer mispronounced his ‘dear friend’s name and Twittercan’t take it!

That night, Sheeran lost out — of four nominations, he bagged only one, Global Success. John sent out a video message introducing his friend.

John, relaying his message from his residency at Caesars Palace, Las Vegas, saw him pronounce Sheeran’s name as “Sh-Ran”.

Fans on social media had a ball of a time nit-picking. One fan wrote: “Elton John calling Ed Sheeran his friend and then pronouncing his name wrong is honestly the best thing that happened all night” or “If Elton is calling him it, we’re all calling him it.” “Has everyone been saying Ed Sheeran’s surname wrong or does Elton John not know his name?”, another posted.

And maybe, just maybe… Elton has been pronouncing Sheeran’s name wrong for quite a long time. Noted another fan, “Elton John pronounced @edsheeran as Ed Sheer-anne on @Beats1. what happened to Grammys ’13?”