The lead actor of GENIUS, debutant Utkarsh Sharma plays an undercover spy in the film, due to release next week. Utkarsh, if you remember, played Ameesha Patel and Sunny Deol’s son in his father Anil Sharma’s superhit film GADAR, as a child actor, 17 years ago.

The now-grown up actor, going by the trailer and the released songs, seems Bollywood-ready as he awaits his debut opposite Ishitha Chauhan. He aces the fight scenes, is equal parts lover boy as well. And as he turns out, he sings, too!

We asked him to tell us about his favourite songs from the film. He said, “The songs of GENIUS are close to my heart and each track was made, keeping the theme in mind. My personal favourite Tera Fitoor stays on my mind and on my lips all the time”.

He didn’t just stop there. He sang his favourite song for us. Watch the video above… 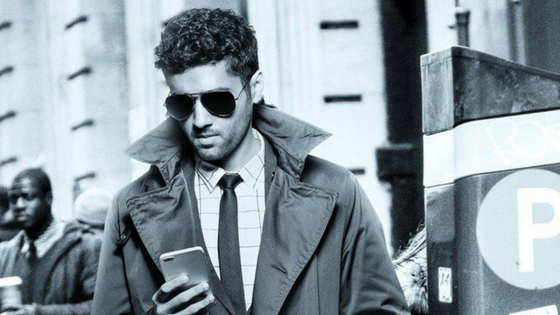