‘Getting Badshah to sing was Rhea’s stroke of genius’ 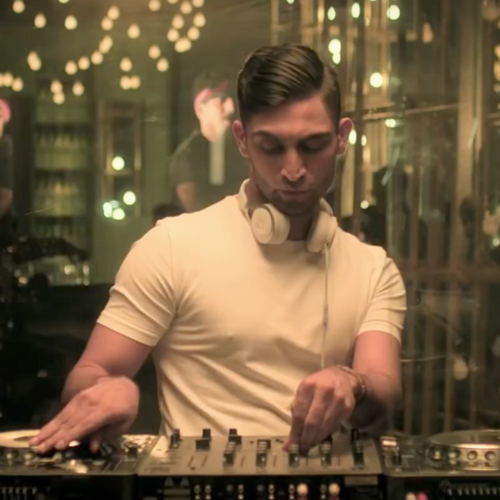 Qaran Mehta on creating Tareefan, the first song, the superstar rapper has sung for

‘Tareefan’, the first song off the Veere Di Wedding OST is out and we’re hooked! It’s got a nice, slow-burn vibe to it. It sees the lead quartet — Kareena Kapoor Khan, Sonam Kapoor, Swara Bhasker and Shikha Talsania at their glam best. Also, by this point, you’ll be aware that superstar rapper BADSHAH can sing as well.

The single, composed (and co-written) by Qaran Mehta, has a great hook. But just how well do you know the man? Chances are, unless you’re from Bollywood, you wouldn’t have. But, by his own admission, he’s worked on at least 25-30 singles, including Dilwale’s Manma Emotion Jaage Re.

For sure, Tareefan is going to become his calling card (it’s also his only track in the film), after this. That, and the fact that he’s got a couple of singles coming out really soon.

Also, did we mention he has a deep baritone and a killer accent? Well, there’s that. Not to mention, he’s easy on the eyes (he features in the video), too!

We caught up with Qaran for a short Q&A on Tareefan. Excerpts:

Walk us through how the song came to be.
I met Rhea A Kapoor (the film’s producer). She was looking for a song for the film and I kind of tried a couple of things that I was happy with. Here’s a fun fact. I had to take a quick flight to a flight out of town, so I just basically wrote the whole song with me on the flight and most of the lyrics (Rupin Pahwa has co-written the lyrics) and the song was made on-flight. Tareefan’s initial version was recorded way back in August-September last year and Badshah recorded his portions within the last couple months.

What is your lyrical inspiration for the track?
Look at it from the millennial perspective. We all have friends who are in a new relationship and have come to the point where both partners say, “How many more compliments do you want?” You know, where you don’t really know what else you’re meant to do in a situation to kind of appease your partner or whoever. So that was the plot behind the whole song.

Badshah has never sung before this. How did you convince him?
Actually it was all Rhea Kapoor. It was her stroke of genius. A little late into the track’s making, like closer towards the release, she contacted him, she got him on board, he loved the song and a few days later, we had his vocals.

Have we heard your music in Bollywood before this?
Before this song, I’ve been producing for a lot of films — around 25 to 35 mainstream Bollywood films like Dilwale (Manma Emotion jaage re and such. I am not originally from here I live in London and, out in LA, I work with Jack Elliot on this Latin American TV show.

What’s next?
I have got two singles coming out in the next couple months, you should definitely look out for those. They’re really cool songs.