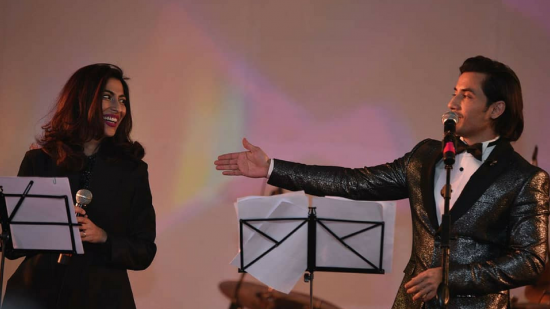 A timeline of the controversy so far

Before we get into a round-up of the who, what, why and how of a controversy rocking the close-knit music community of Pakistan is making headlines, here’s a short introduction to the main characters in the story.

Ali Zafar and Meesha Shafi are both Pakistani singing superstars as well as actors who’ve tried their luck in Bollywood. Ali has had a longer, more successful stint here as compared to Meesha, whose single film in India is Bhaag Milkha Bhaag, where she played a significant character. There was also The Reluctant Fundamentalist with Om Puri and Shabana Azmi, that didn’t find as much love here.

Ali’s music is also better known as compared to Meesha, who Indians most associate with a song that made a crossover — her rendition of Alif Allah (Jugni Ji) alongside ArifLohar.

But this isn’t a popularity contest. So, we’ll just dive right in and give you a round-up of what’s happened and what’s been reported on the matter so far.
Here goes…

APRIL 19: Meesha Shafi puts out statement on Twitter, alleging that she has “been subjected, on more than one occasion, to sexual harassment of a physical nature at the hands of a colleague from my industry: Ali Zafar”.

APRIL 19: Hours later, Ali Zafar denies the allegations on Twitter, stating, “I categorically deny any and all claims of harassment lodged against me by Ms Shafi. I intend to take this through the court of law…”

APRIL 21: Pakistan Today reports that Meesha said in an interview, “The first time it happened. I didn’t react and just left… I told my husband but also asked him to not react. I’m a public figure and so is he (Ali Zafar). My thought process was who I am and who he is and what that’s going to lead to. Being ready to talk was far off because it had just happened. I buried it.”

APRIL 21: Singer Aqsa Ali / Official counters Meesha’s allegations in an Instagram post stating, “As I am the part of concert crew, I travel intl [sic] and locally with Ali Zafar, and I have seen girls throwing themselves at him and his gentlemanly response to that which is so rare of any rockstar. balkay we all travel like friends and we work in a very comfy environment.” She further adds, “I was at this jam session becoz I sing in Ali’s band and so was her manager and our entire band. I am astonished that she would take a lie to this level which so many of us can prove wrong.”

APRIL 22: Singer Kanza Munir states in an Instagram post, “I have been working with Ali Zafar on and off since the past 3 years or so and up until now I’ve been quietly observing the current situation because I am no judge of personal character be it Meesha Shafi or Ali Zafar. However, I stand witness to this particular ‘Jam’ late last year that Meesha mentions in her interview with The News. The whole house band along with myself and another fellow female vocalist were present during this session and whatever interaction took place between the two was in front of at least 10 other people. All I can say is that this particular statement that she makes here is rather odd.”

APRIL 24: Meesha tweets, “I have appointed Barrister Barrister Muhammad Ahmad Pansota-Legal Analyst and Nighat Dad as my legal counsels to look after all issues pertaining to my sexual harassment claim against Ali Zafar. Media is requested to contact them to get any update on the ongoing issue.”

APRIL 25: Ali Zafar’s counsel sends a legal notice to Meesha Shafi that she received on Wednesday, demanding her to remove the tweet condemning Zafar of sexual harassment of a physical nature on various occasions. The notice also sought for an apology on “the same social platform of Twitter,” which was used to accuse him, to announce Ali’s innocence. Failing to do, a defamation suit of Rs 100 crore would be filed against her.

APRIL 25: Meesha’s legal team confirms receiving the legal notice sent by Ali Zafar. Notes Shafi’s lawyer Muhammad Ahmad Pansota, “Legal team of @itsmeeshashafi confirms the receipt of legal notice, sent by Ali Zafar, however, dispels its contents in entirety, as being false. Allegations of sexual harassment against Ali Zafar are based on truth thus the issue of defamation does not arise at all.”