‘Heeriye’ is a party-starter on steroids 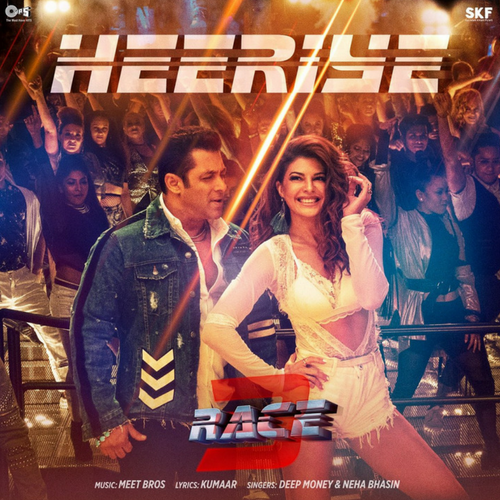 Say what you want about the rather derivative trailer of Race 3, the first track of the film feels like it’s making amends right away.

Have you seen the video, though? It sees Salman Khan looking younger than he has in a while. Jacqueline Fernandez is a scorcher and that pole dance is quite a teaser of what to expect when the full video drops.

A veritable club banger, it sees Meet Bros at the height of their powers, making an instantly likeable song, one that merits several repeats.

Here’s the thing, though. While Deep Money ends up sounding much, much better than any track he’s done so far (and the guy has worked with the likes of BOHEMIA the punjabi rapper, Yo! Yo! Honey Singh, Raftaar and BADSHAH!), we’re wondering if the slight autotuning for Neha Bhasin (who, in our opinion, doesn’t need it at all) was intentional (to gel with the overall vibe of the song).

The song brings you to an inescapable fact. Say what you will about Bollywood, some of the people who make the music for it are continuously putting their best foot forward, and that’s showing.

The song has been trending for a couple of days now at #1 on YouTube. View count currently stands at 10 million-plus.

It’s a party-starter on steroids.