How to tackle mental issues with a mentally deranged video 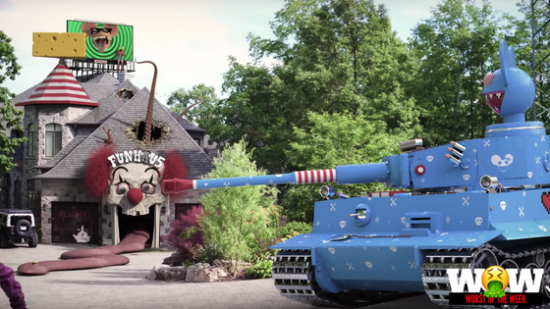 Tips you (don’t) need to take from Deadmau5 and Rob Swire.

You don’t need the audio for deadmau5an Rob Swire’s “Monophobia” to officially declare it as the craziest thing you’ve ever seen. It’s all in the video. Trust us, it is utter madness.

After unveiling the video for his first Rob Swire collaboration in 10 years, this duo has made an impactful comeback. Directed by Nick DenBoer and Kenny Hotz, this video was shot at deadmau5’s actual house, where apparently, everything is chaotic.

You see “Free candy this way”. It’s all a trap. Why wouldn’t you go? There is a guy plodding on his stomach, chained to a stabbing machine. At this point, you have already been warned. Then, you get access to a different universe, which is worse than Hades’ humble abode. There are pigs pooping coloured blocks, decapitated bodies, freaky mouse faces, a ‘funhau5’, unicorn-man, and whatnot. If you aren’t a fan of horror films, we’d advise you stay away from this.

The primary concept of this song is that it tackles mental health issues and requests people to be there for each other. With a storyline as such, the video doesn’t really make any sense at all. However conventional the audio may be, the video wrecks it for us.