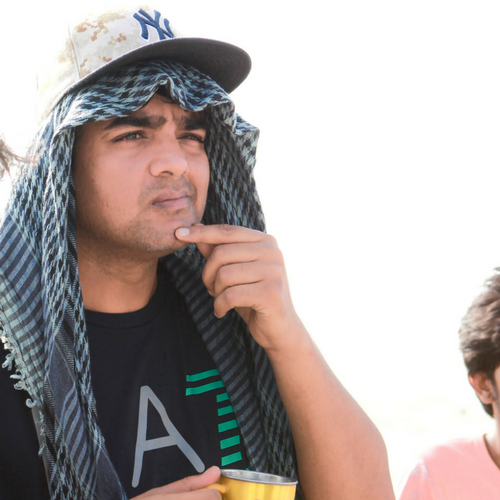 DirectorGifty on wishlists, the state of music videos and the artists he’d like to work with

The one thing we’ve learned about Directorgifty is that he’s passionate about technology. It’s this zeal to constantly better his best that makes this music director stand out in a crowd.

One thing you know he’s unapologetic about is the lack of humility when it comes to his work. He’s quite proud of his journey so far (and rightly so). He’s worked his way up in the business and now, is in-demand with the best in the Punjabi music business.

Apart from you, few video directors are as well known. What do you think you’re doing right, to be able to make the “#bestmusicvideos”?
We ‘see’ music today online and not just ‘hear’ it. By this, I mean that the visual medium has taken over. We have to compete with films all the time. And so, I try to make a better video each time and that the story is understood better and clearly, just like in a movie. Because of this, my artists get a good scope. Before, artists used to just sing in a music video and no artist would get noticed, now I work on the storyline nicely so that the song’s demand is met accordingly. We do this to connect the audience and to portray the artist as a ‘hero’. People should memorize the music video and so, I put such stuff that people like seeing. Punjab has had a lot of music videos and Honey Singh was such an artist that made me believe that the music industry should take a 180-degree turn.

Have you ever had to rework a music video?
This has happened to me many times. It’s funny, though. So what happens is, people show my videos to others and ask for work similar to my own. Many people have a name similar to mine in Punjab and are trying to pretend to be me. Once, a producer called me and told me about a video with my name on it and even sent me a link to it. He had given an advance to the person who had used my name. Later on, both of us worked on that music video again.

One artist you’ve not worked with yet and is on your wishlist?
I have worked with some of the greatest people already — like Amitabh Bachchan in Bhootnath and Sonakshi Sinha in Desi Kalakaar. I don’t have a particular name in mind, but there is a dream that I make something that every artist sees. I hope to get Salman, Shah Rukh and other big actors in a music video.

With Punjabi music videos getting half as many views as Latin American ones on their biggest videos today (Guru Randhawa’s Lahore is nearing 500mn views), do you think a collaboration with an international/Latino artist would work?
I have done a song with YouTube sensation Badal singing a song in Spanish and Punjabi – Puro. In a collaboration, I think people like Harrdy Sandhu and BADSHAH keep an international approach. I would like to see them work with Travis Scott, DJ Khaled, Nicki Minaj and many other artists because they would be interested in Bollywood, too. Moreover, our audience listens to each kind of music. So, Americans might not listen to Indian music but the opposite happens. If it works out, it will be a good collaboration.

What works best when it comes to Punjabi music videos?
I can speak for myself. The first thing that we have done in Punjabi music videos, is to improve the quality of cinematography. Technology updates very quickly these days. And you have to be aware of what’s working and what isn’t. You have to take care of how you frame your shots. We are the only team to do color grading ourselves. We don’t outsource it and hence, our videos look far better than the rest. The difference in quality can be seen and that works for us.

One artist I would leave everything in doing at that point, to work with again?
Yo! Yo! Honey Singh, Diljit Dosanjh and Guru Randhawa are all amazing people who are quite focused and talented people, so I’m spoilt for choice. They have different qualities and personalities. But I hope Honey Bhai comes back soon. His return to music videos is highly awaited.