‘I underestimated this whole mommy thing’: The real reason Cardi B pulled out of the Bruno Mars tour 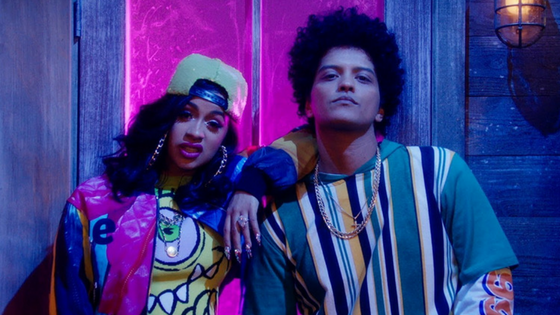 The rapper insists she’s ‘just not ready’ yet, Bruno sends out an understanding note in reply

Rapper Cardi B, who recently gave birth to her daughter Kulture Kiari Cephus, is not ready to leave her daughter yet. Because of this, she has pulled out of Bruno Mars’ 24K Magic tour.

She was announced as a special guest for the tour in February. She was scheduled to join the tour in September. The two musicians had teamed up for their super hit song “Finesse (Remix)” earlier this year.

After giving birth, she thought she would be able to recover mentally and physically. “I thought that after giving birth to my daughter that 6 weeks would be enough time for me to recover mentally and physically. I also thought that I’d be able to bring her with me on tour, but I think I underestimated this whole mommy thing. Not only am I just not ready physically, I’m not ready to leave my baby behind since the doctors explained it’s not healthy for her to be on the road,” she said.

“I hope you guys understand. This has been such a hard decision. I want to thank @brunomars for understanding,” she wrote.

I hope you guys understand .This have been such a hard decision .I want to thank @brunomars for understanding .

In return, Bruno shared some love and support for Cardi by telling her that she was in fact, doing the right thing.

“I know the fans will understand. You are absolutely doing the right thing. I also know we’ll share the stage when the time is right. We love you Cardi and we will play Bodak Yellow every night in your honour,” he wrote.

We hope to see a surprise appearance from Cardi B while Bruno is on tour because we will definitely miss here there!