‘I’m just doing what I love’ 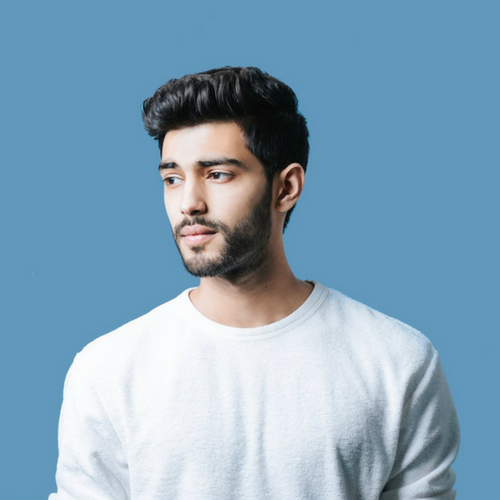 If you’re in Khopoli this weekend, you get to catch DJ/Producer Zaeden (Sahil Sharma) when he plays at Imagica through Vh1 Supersonic’s takeover of India’s largest theme park destination this Saturday (May 26). He will be part of the theme park’s fifth anniversary celebrations.

Best known for his remixes of Coldplay‘s Magic, Maroon 5‘s Animals and Don’t Wanna Know and Justin Bieber‘s Love Yourself, Zaeden has started singing covers, of late, as well. Did we mention he also featured in a video with and produced the music for Ankit Tiwari‘s non-film single Tere Jaane Se earlier this year?

Here, he talks about wanting to remix an Ed Sheeran song, how kissing his girlfriend for the first time at a music festival is a memory he will forever cherish among other things.

If not Zaeden, your name would be…
I have no idea.

You are the first Indian artist to be signed by the world’s biggest dance music label – MusicAllStars Publishing. Are you trying for more firsts? Is there any pressure now?
I’m just doing what I love. I don’t care if I’m the first or last, but yeah being the first gets you more attention so it’s good to reach more people. I have a lot of firsts and I think I have a lot more to go!

If any artist wanted you to remix their song, who would it be?
Ed Sheeran (I hope) or Milky Chance.

Any song you want to remix?
I wanted to remix Angel Eyes. I’ve always loved it since my childhood and I’m so blessed that Raghav wants to put my version up officially. Hence making it a re-release and not a remix!

Do you prefer remixing Bollywood or English music?
Not opposed to any. I like remixing what I’m inspired by at the time. I wouldn’t mind remixing or making a song in any language as long as it inspires me.

Many artists are making international collaborations. What is your take on it?
I think it’s great. Working with like-minded people and sometimes people with a completely different taste in music, results in something fresh.

Any new music? Something that we should be excited about?
My new song ‘Tempted To Touch’ with Rupee.

Is it your first time performing there? How different would you expect this venue to be from where you’ve performed before?
Yes, This is the first time performing at Imagica, It’s definitely different since, I don’t think I have performed at an amusement park before. This should be fun, taking over the deck duties at night in a water park with late-night rides and parades.