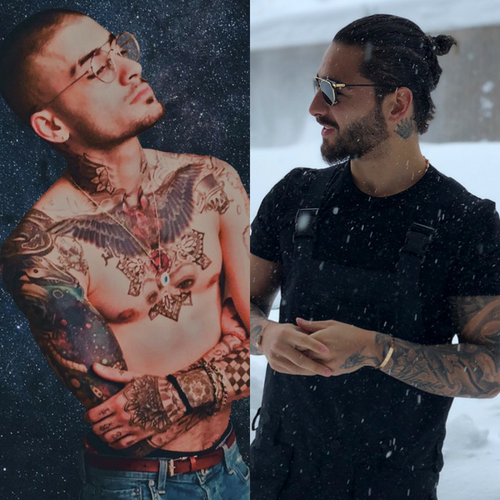 Looks like the Latin megastar and is probably better known than him worldwide, but will he outscale his popularity? We compare the two…

They look uncannily similar and he’s a year younger, but Latin adonis Maluma looks more of a man than the baby-faced Zayn can ever hope to be in a few years’ time.

And you probably wouldn’t know this, because, well, Zayn’s timeline is your oyster. Look beyond and you will find a superstar, nay a megastar, with four songs in the billion-view club. His real name is Juan Luis Londoño Arias and he’s a Colombian singer-songwriter, but you might have heard of him as Maluma.

Like Zayn, he began his career in 2010, but has more to show to his name than the older Boy Wonder.

Like Zayn (met his ex Gigi Hadid while shooting Pillowtalk), Maluma met his girlfriend (Natalia Barulich) while shooting the music video of Felices Los 4 and they’re still together. This one’s a keeper, not a loser (see what we did there?)

Also, last we checked, Zayn had no billion-view hits. Did we also tell you that Maluma is ranked 38 in the Global Digital Artist ranking while Zayn trails at 63? Or where else Maluma dominates in radio, iTunes and Spotify?

That for a later date.