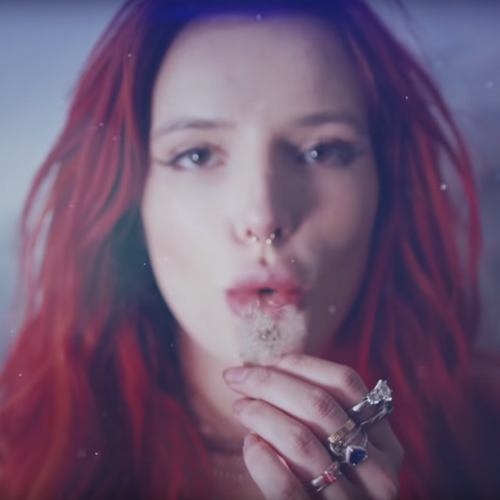 Truly, Bella Thorne’s Disney days are over, and for good. While the media has taken up every chance to show this transformation to her, now it’s her chance for payback.

In the new video she released for her trap-influenced single “B*tch I’m Bella Thorne,” she parodies her own lifestyle. This song was played on a giant screen in Times Square, New York City.

From showing a FOX Teen Choice Awards surfboard to her Autumn Falls novel, the lyrics prove that her name is enough for her fame and that she doesn’t need to listen to anybody. “I don’t need no I.D., cause I’m Bella Thorne. Seen me on TV a million times before,” she raps.

In an interview with Daily Mail TV, she mentioned that the track was inspired by a passing comment. “At first it was kinda a joke I made. Like ‘B**ch I’m Bella Thorne Like get outta here guy, what are you?” Her boyfriend, American rapper, Mod Sun got inspired and told her, “That’s a song.” And it became a song.

“It’s all about just saying it with confidence,” she mentions. Truly though, only Bella could do something like this. We thought Taylor Swift was one for parody songs, but seems like Bella is not far behind.

And why would she be far behind? B*tch, she’s Bella Thorne!