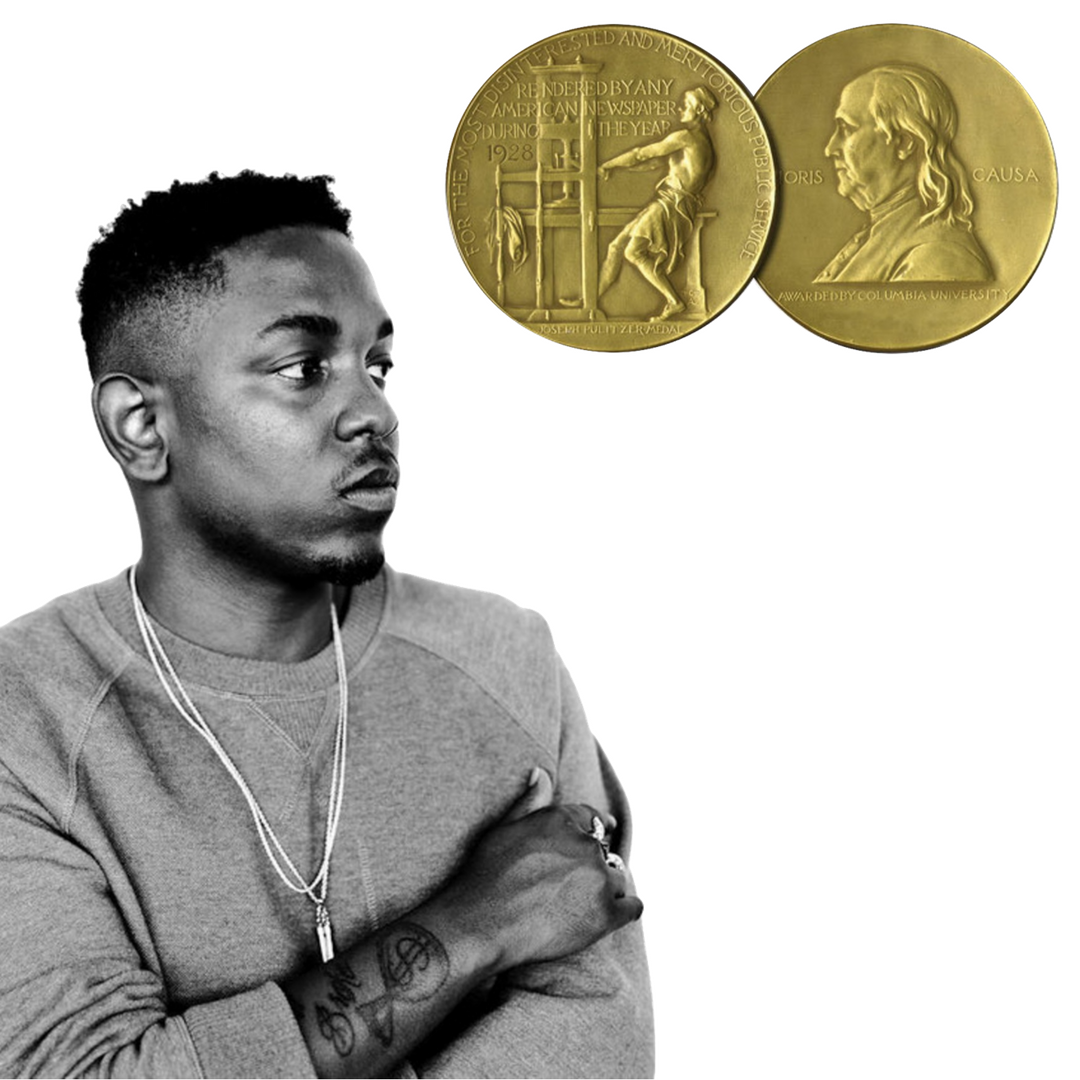 King Kendrick conquers the Pulitzer!
A storyteller for our times, Mr Lamar is deserving of this and many more

With DAMN., Kendrick Lamar has made history as the first rapper/commercially successful musician to win the Pulitzer Prizes. That much is known.

But what is the Pulitzer Prize and why is Lamar winning the award, which carries a $15,000 award, such a big deal?

Let’s start with what the award is. It is handed out “by Columbia University in New York City for achievements in newspaper, magazine and online journalism, literature and and musical composition in the United States. It was established in 1917 by provisions in the will of Joseph Pulitzer who had made his fortune as a newspaper publisher”.

Why does someone wins the award in the music category: “For distinguished musical composition by an American that has had its first performance or recording in the United States during the year”.

Now, the big deal. The music award is typically given to classical or jazz works. Making Kendrick Lamar the first artist to win an award in this category. This follows the five Recording Academy / GRAMMYs he already won this year. Organisers said Lamar’s DAMN offered “affecting vignettes capturing the complexity of modern African-American life”.

ELEMENT: “I don’t do it for the ‘Gram, I do it for Compton.”
DNA – “I got hustle though, ambition, flow, inside my DNA.”
FEAR – “At 27 years old, my biggest fear was bein’ judged.”
PRIDE – “Promises are broken, and more resentment comes alive.”
LUST – “We all woke up, tryna tune to the daily news; Looking for confirmation, hoping the election wasn’t true.”

Now, if for no other reason than this — the best hip-hop artist with the best hip-hop album in years just won the best award the United States has to offer the humanities for the first time — the thrumming resonance across these realities is awe-inspiring.

Kendrick Lamar winning a Pulitzer Prize is a sign that, with ‘DAMN’ being the best album released (perhaps in the last ten years), a mainstream award finally ‘got it right.’