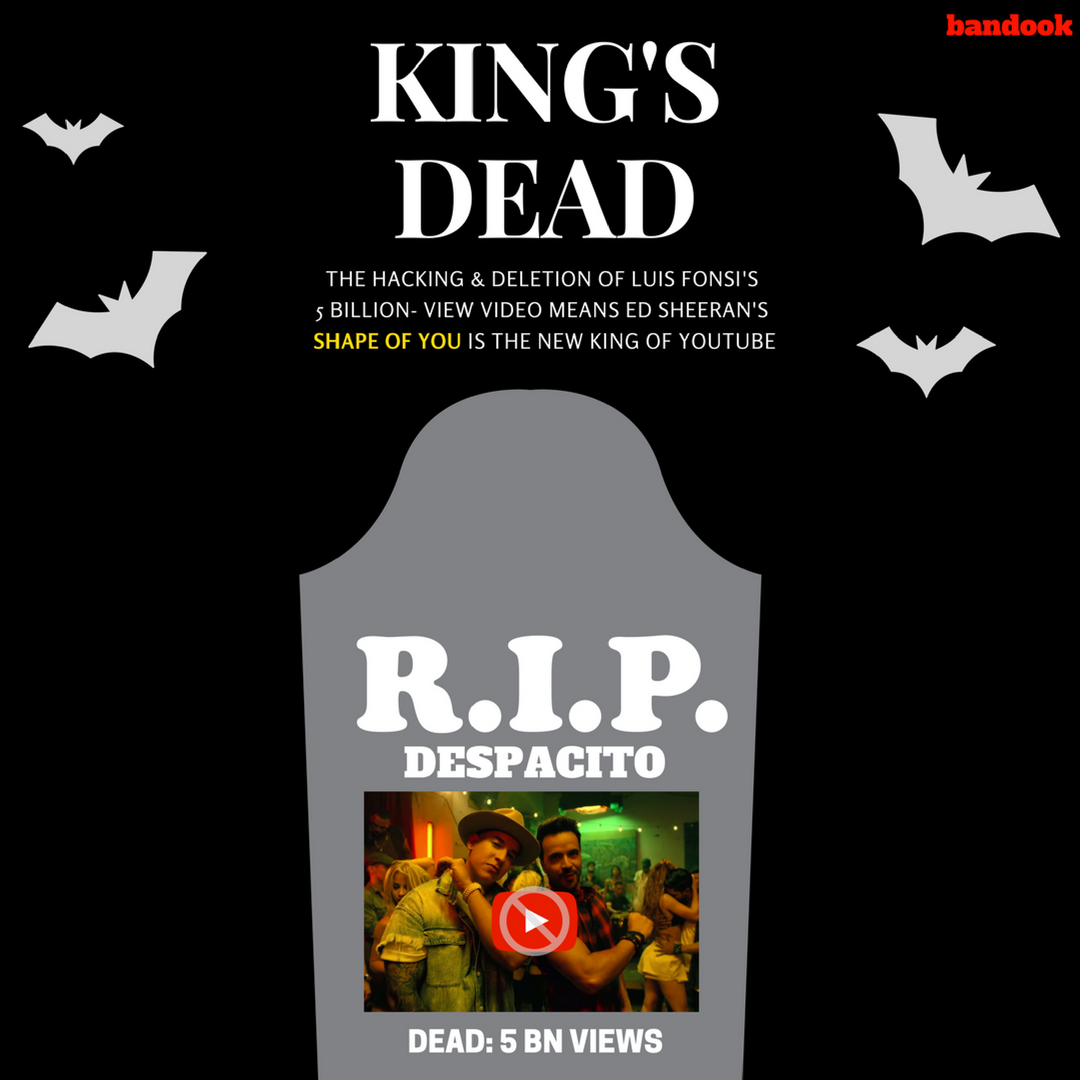 KING’S DEAD! LONG LIVE KING ED!
The hacking and deletion of Luis Fonsi’s 5-billion view video for Despacito means Ed Sheeran (for Shape Of You) is the new king

The most viewed YouTube video of all time, Luis Fonsi and Daddy Yankee’s Despacito, disappeared from the video-sharing platform today after a prolific hacking of some of its most-watched videos.

But before it disappeared, the thumbnail for the video was replaced with one of a masked group holding guns. The hackers staking claim? They call themselves Prosox and Kuroi’sh.

With Luis Fonsi’s 5-billion video gone, it means one thing. The new king of the YouTube game at a distant second (3.4 billion views) is Ed Sheeran with Shape Of You.

Of course, Google and YouTube will seek to rectify the issue and bring back Despacito. That makes the more important question now not ‘how’, but ‘when’.