‘Magenta Riddim’ is on fire! 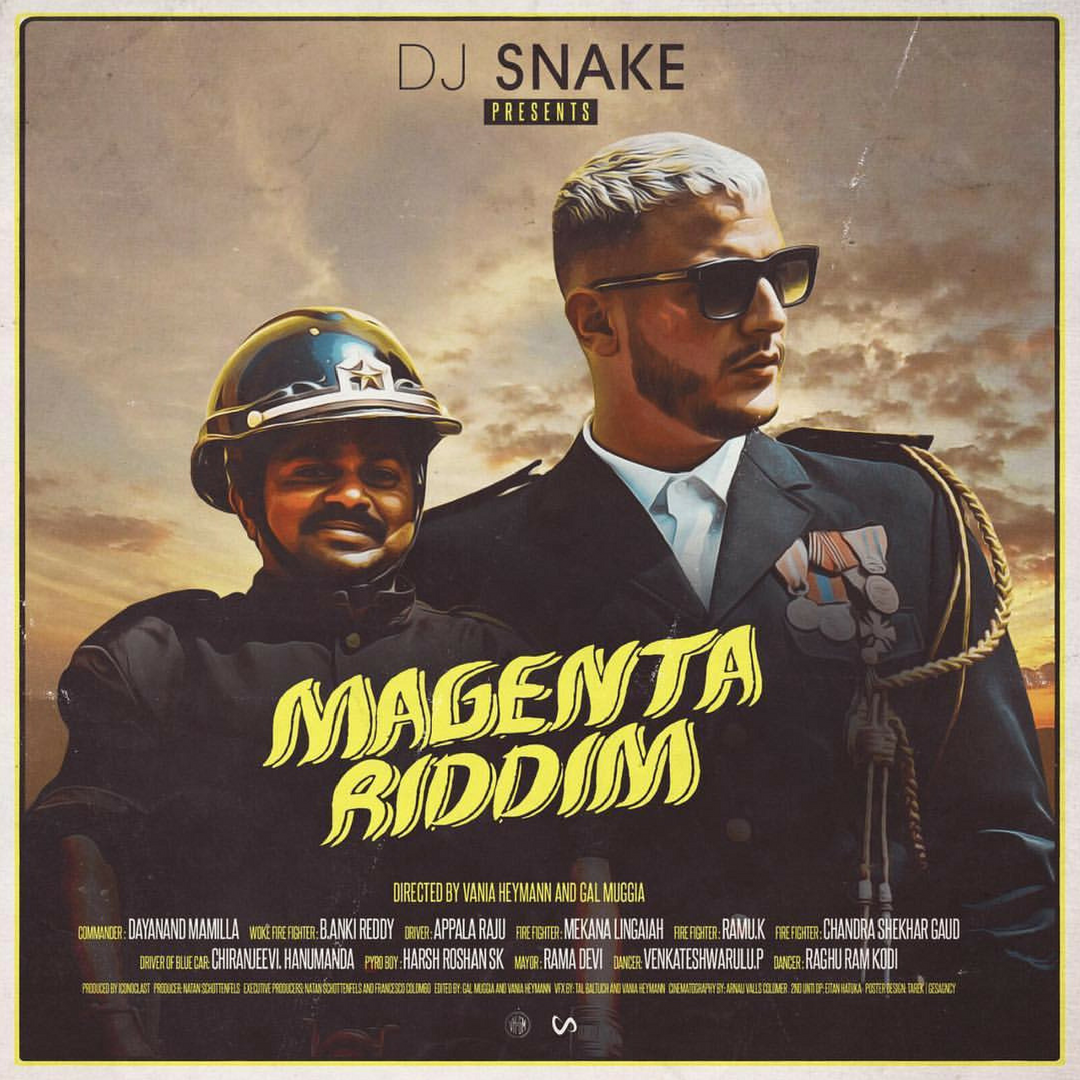 ‘Magenta Riddim’ is on fire!
Never mind the fact that you don’t understand one word, this is one fire you can’t put out

Not magenta by any stretch, but this here song definitely has rhythm (or ‘riddim’, as DJ SNAKE puts it). But here’s the thing about the Made-In-India music video for DJ Snake’s latest. It will definitely have you bouncing by the truckload.

Anybody with eyes can see it’s a tribute to all the excesses in South Indian films we’ve come to see as commonplace. Everybody from Mithun Chakraborty to #Rajinikanth could bop to this one and have a good laugh watching the action unfold, too.

And if you go nitpicking like me, do ask William (Snake’s real name, BTW) what “Pig gam ba li, de la pig gam ba li ba” actually means. Because hey, we even ran it through Google Translate, and came up with zilch. Except maybe that it is some Catalan dialect. Yeah, yeah, go on and tell me it’s all about the rhythm, so who cares… Okay fine!

Moving on, tried getting into the semantics of what a ‘Magenta Riddim’ could be and this is what a search threw up: The Magenta Rhythm, according to Sonic The Hedgehog’s Wikia, is a Color Power, which turns the user into a large magenta-colored eighth note/quaver. When in this form, the user is able to bounce on air, allowing them to move through mid-air in semi-flight. Sounds legit.

But hey, damn sure, you won’t watch the video for the lyrics or the semantics but to see people having a good time bouncing all over the place. William does his thing, before he vamooses and lets Indians shine throughout the video, especially the Commander (played by Dayanand Mamilla) and the ‘Woke Firefighter’ (B Anki Reddy). Shot mostly at Ramoji Rao City, it allows the video to breathe in its own smoke-fuelled craziness. And sure, there’s that aftertaste of ‘Turn Down For What’, but nobody’s complaining.

It’s all fire and it ain’t gonna be put out that quickly.