Married to Justin Bieber? Hailey Baldwin says, ‘Not Yet’ 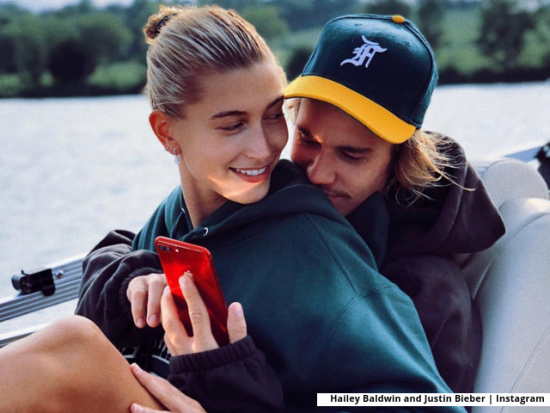 Barely two months into their engagement, Hailey Baldwin and Justin Bieber may have gotten married in New York, according to People magazine. While the ‘Sorry’ singer himself has kept mum on the matter, the model has tweeted that she’s “not married yet”.

In a tweet she posted and probably deleted(?), Hailey Baldwin denies People’s report that she and Justin Bieber got married on Thursday. “I understand where the speculation is coming from, but I’m not married yet!” she wrote.

Apparently, an unnamed source reportedly confirmed to People that JB & HB tied the knot at a courthouse in the city where they were spotted by photographers, with no information about the location or timing of the marriage at the time.

TMZ posted a photo of the couple at the marriage licensing bureau in New York on Thursday. Justin was reportedly seen crying and telling Hailey, “I can’t wait to marry you, baby.” Sources close to the couple also told the news outlet that the wedding may happen as early as next week… in Canada, no less. Considering they planned to marry next year, why the hurry? Sources ruled out one possibility to TMZ, “100% she’s not pregnant.”

As for marrying in Canada, TMZ reported that Justin just bought a massive estate in Ontario, Canada. One source told them that’s the likely spot for the “I dos.”

An unnamed “religious source” reportedly told magazine that the legal ceremony will be followed by a religious and family celebration “soon,” for what was described as a “big blowout, in front of God and everyone they love.”

Bieber and Baldwin first met backstage at the Today show in 2009, when they were introduced by her father, actor Stephen Baldwin. Theirs was an on-off relationship since, until they re-connected this June, and just weeks later, got engaged. A source close to the couple confirmed to CNN that they were at the courthouse to obtain their wedding license.

In an earlier interview with The Cut, Baldwin shared details about her upcoming wedding, “I think having it in the woods would be so beautiful. My sister will be my bridesmaid. I was hers last year. And maybe Justin’s little sister as a flower girl. Is 10 too old?”