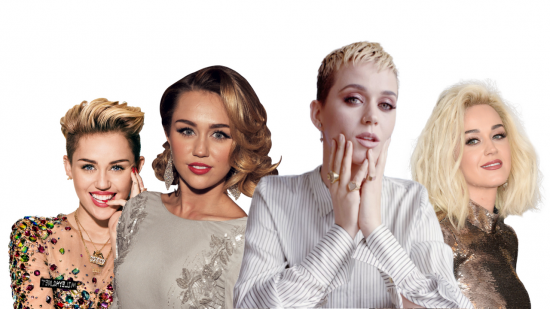 Katy Perry once famously stated that she’d happily give up her singing career to take on a full-time job judging American Idol.

Well, thank god she didn’t and which is why we have the new-age KP doing a been there-done that latter-day Miley Cyrus. Except that Miley’s given up her wild ways. Kinda. Remember her on The Voice?

Anyhoo, Katy has singularly been responsible for getting us glued to American Idol this season, right from the audition days.

Let’s see what exactly Katy Perry has been up to on American Idol. Till date, she has lived up to Miley’s ‘Wrecking Ball’ era aesthetic, sparking off various scandals. Steal the first kiss of a male contestant? Check. Using the gay-Twitter slang “wig” on national TV? Calling herself “a 32-year-old cougar”? Check. Confirming a cold war with Taylor Swift? Check. She has made a frog face, accidentally stripped her bottoms in front of the world and had a laugh over it. Things don’t end here, but we certainly wish it did.

Katy Perry just takes up just about all of American Idol‘s energy. On the show, it all revolves around her and even her fellow judges country superstar Luke Bryan and pop legend Lionel Richie are content with her playing second fiddles. If you look at it, you’ll notice that most of the show stunts pulled by her raise the ratings of the show. Scandalous much? Not really.

American Idol has her as a boon and a bane. She takes the show lightly and is the crazy friend you have, who you’d love to hang out with… when you’re drunk! But then, she occasionally becomes the serious mentor. She knows how to keep the focus on herself.