The video, featuring Mika Singh, is trending for a good reason

You know that one annoying kid who kicks up a fuss when he doesn’t get what he wants? Yeah, the one you know came with a pacifier? Well, at the outset, Millind Gaba seems like that kid when he promises to raise a ‘Kalesh’ (an agitation/protest) outside his girlfriend’s (played by Sargun Kaur) house.

Now, we have no back-story on this, but here’s a calculated guess: He’s a good guy at heart, but is happy-go-lucky and sees her going off to “Kaneda” as a real risk to their relationship. She’s pissed off at him for something (not taking their relationship to the next level, maybe?) and that shows.

She blows him off each time he tries to make himself heard. Millind gets some aid from the ever-helpful Mika Singh, who pleads his case in the most stereotypical way possible. But one guesses that’s how he rolls.

Of course, it’s one of those songs you don’t take seriously lyrically. The idea of a petulant male lover isn’t new in Punjabi pop videos but this guy makes a case for when ‘enough is enough’ and that’s a new flip.

Well, Directorgifty’s prowess over his craft shows and makes a good case for bright, colourful sets, sharp editing, set pieces and formulaic storyline with a feminist ending. In a Punjabi pop video.

How often do you see that, right? 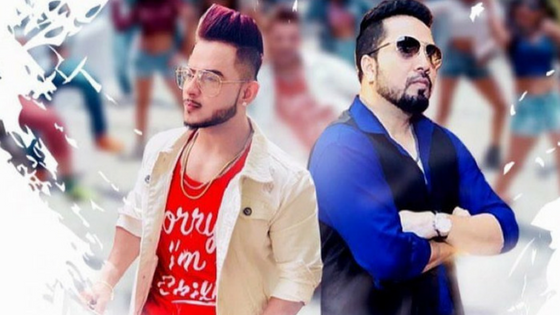