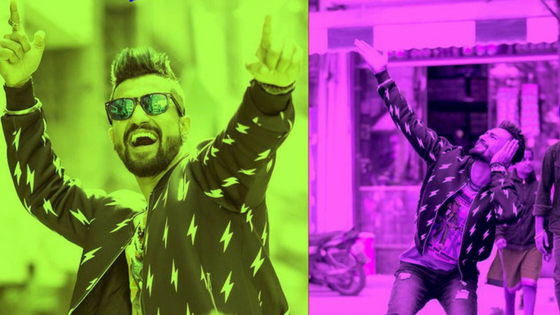 A self-confessed tribute to Dhyan Chand, one of the greatest hockey legends produced by India, Dhayaanchand is the fourth single to release from the film Manmarziyaan, starring Abhishek Bachchan, Taapsee Pannu and Vicky Kaushal.

Composed by Amit Trivedi, the track is as heavily referenced with hockey terms as it is with traditional folk instruments from Punjab. The singles released so far — F For Fyaar, Daryaa and Grey Walaa Shade — all have a distinctly Punjabi flavour. Not just that, Shellee, best known for his beautifully resonant Punjabi lyrics, is a regular collaborator of Amit’s.

One revelation is Vijay Yamla, a multi-instrumentalist who also happens to be the grandson of the late Yamla Jatt. Vijay doesn’t just play the Tumbi, Tumba, Been, Dhadd and Bugdu, he also lends his vocals to the track. The variety of stringed instruments backed by a fervent dhol beat by Kukki Jogi sits at the heart of the snazzily packaged track.

Nikhita Gandhi sings this energetic track in a gruff voice that’s a far cry from her usual, but one hears precious little of her and of Suhas Sawant.

Only the lyric video is out and we’re sold. That’s as good a sign as any…