‘Pray’ is all the Monday Motivation you need 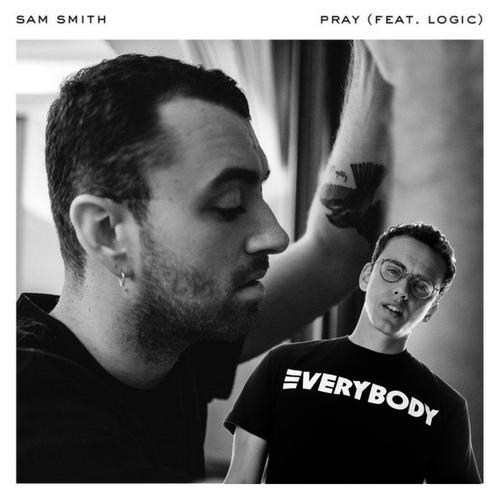 The gospel-tinged single from Sam’s ‘The Thrill Of It All’ rings true for anyone who has felt lesser than they are and are looking for some hope. It might sound a little like it’s a return-to-religion, but it’s easy to mistake it as that. It’s more than that.
Featuring production by Timbaland, Jimmy Napes and Steve Fitzmaurice, it has a hip-hop bent to it.

That is accentuated by Logic’s verse which calls out anyone who has tried to belittle him or Sam by noting, “I know I ain’t perfect, but you should respect me.”

Yes, Sam’s original is inspired by what he saw in Mosul, Iraq, but Logic makes the song all the more personal, rapping (as he mentioned in an interview with BigBoyTV) “from a gay man’s perspective or from anyone who believes his/her lifestyles hasn’t been accepted (Sam Smith came out in 2014 to the public). And so, the song is like a beacon of hope one needs in the darkness.

And if 1-800 was the song we’ll remember Logic by forever, Pray is an equally important statement and a feature to be on. And one hopes both artists will collaborate soon again.

And if you’ve watched the video directed by Joe Connor, shot at Villa Erba near Lake Como in Italy, with Sam and Logic dancing in the ornate, tastefully decorated yet vacant rooms, your hair stands on end in some moments.