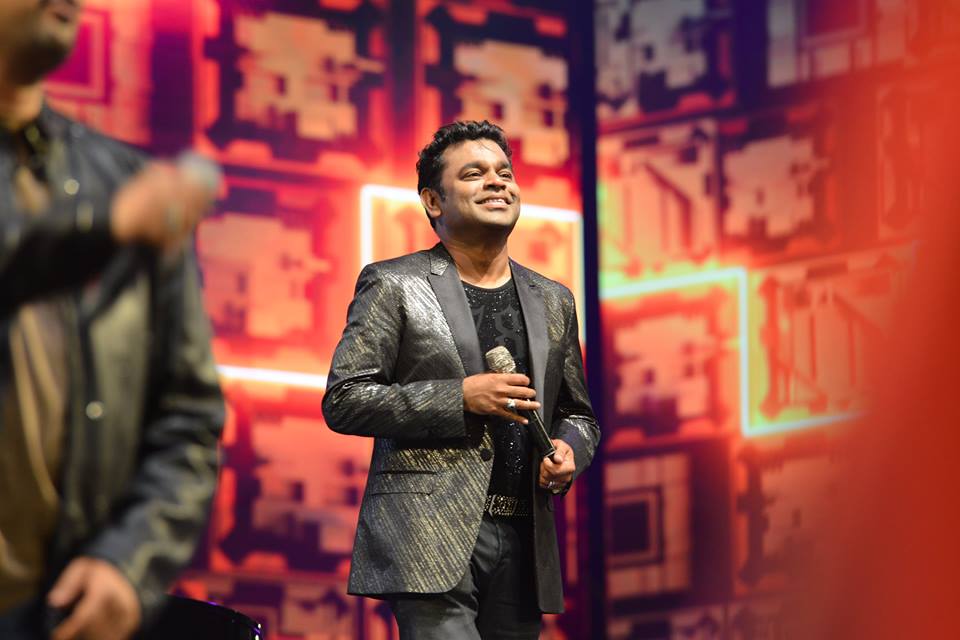 Abhipray Agrawal for bandook It’s rare to find a palpable energy coursing through the grounds of a concert in India before it begins. But that’s just what happens as one watches the massive grounds of the YMCA College of Physical Education fill up with fans awaiting the entry of the maestro, A R Rahman in the city where it all began: Chennai, India. By all accounts so far, the ‘A R Rahman: Live In Chennai Netru Indru Naalai’ concert has been something worth looking forward to, but seeing him here on home turf has to be another feeling altogether.

The evening begins with an instrumental montage of his ‘greatest hits’, which is met with loud cheers. This is followed by energetic renditions of ‘The Boss’ (from ‘Sivaji: The Boss’) and ‘Mukkala Mukkabla’ (from ‘Kaadhalan’).

The Mozart of Madras pauses to address the throng, recalling that his roots lie in the city as he celebrates 25 years in music. He adds, nostalgically and with dramatic effect, This is where it all began, and I am back here again!

Dressed in a shimmering jacket, he sits on something that resembles a throne centre stage at his piano and soon after, like a puller of strings, has the artists on stage playing out the body of his work.

The stage is full – string section, drums and Indian percussions, the usual virtuosos coming in at regular intervals (think Sivamani, Ranjit Barot, Warren Mendonsa, to name a few). Singer after singer — all stars now, thanks to breakthroughs with his songs — stream in, bound by love for a man they consider an inspiration.

And while he gets to pick the best of the lot, ARR is known for picking and promoting new talents — most notable among those on stage include the singer Jonita Gandhi and bass guitarist Mohini dey. But ARR’s ‘giving back’ doesn’t stop there. We learn that he teamed up with a soft-drink brand for a voice-hunt competition wherein seven lucky winners would get to perform with him and his troupe. The winners sing ‘Aawara Bhanwre’ (from ‘Sapnay’).

And what can we say about the audience anymore than they knew the words of every song, the ebb and surge of every track being played. Age no bar, Rahman proved yet again (not that one needs him to), that his music will go on… and on