Rami gets mercurial for Mercury biopic 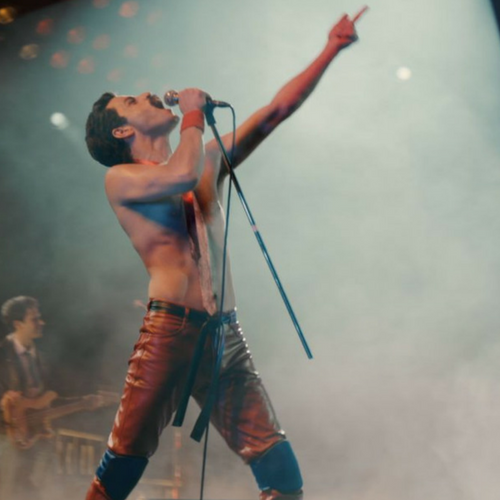 The teaser trailer of Queen frontman Freddie Mercury’s biopic, Bohemian Rhapsody has dropped and we can’t keep our cool. Starring Rami Malek (of Mr. Robot fame), it offers a glimpse behind the making of some of the band’s most iconic hits and hopefully, a closer look at the man himself.

A 10-second first look released earlier to ‘We Will Rock You’ playing to the crowds gathered at the 1985 worldwide concert event LIVE AID.

It’s uncanny how closely Malek resembles Freddie. While he’s excited about the project but has said that the role “could be a career killer.”

A little fun fact about Farrokh Balsara (better known as Freddie Mercury, frontman of legendary Brit rock band, Queen), he may been born in Zanzibar, Tanzania, but from ages 8-12 (at least) he was a boarder in Panchgani, on the outskirts of Bombay (now Mumbai). It was there that, at age 12, he started his first band, The Hectics, which performed cover versions. But going by the teaser trailer, we imagine the film isn’t going that far back in time.

In fact, as the synopsis states, “Bohemian Rhapsody is a foot-stomping celebration of Queen, their music and their extraordinary lead singer Freddie Mercury, who defied stereotypes and shattered convention to become one of the most beloved entertainers on the planet. The film traces the meteoric rise of the band through their iconic songs and revolutionary sound, their near-implosion as Mercury’s lifestyle spirals out of control, and their triumphant reunion on the eve of Live Aid, where Mercury, facing a life-threatening illness, leads the band in one of the greatest performances in the history of rock music. In the process, cementing the legacy of a band that were always more like a family, and who continue to inspire outsiders, dreamers and music lovers to this day.”

But here’s a little of what we can share with you. The following songs feature in the trailer: Another One Bites The Dust, Killer Queen, We Will Rock You and obviously, Bohemian Rhapsody.