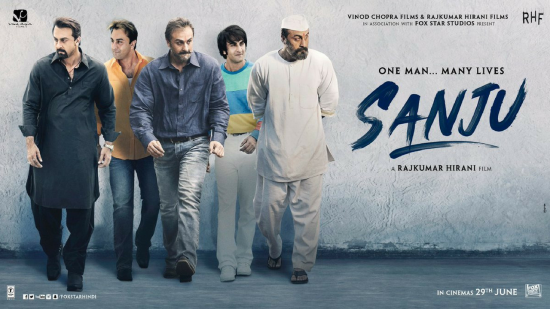 The teaser promo of the Rajkumar Hirani-helmed ‘Sanju’, starring Ranbir Kapoor as Sanjay Dutt is out and as expected, is a testament to RK’s histrionics.

The actor has morphed into Sanjay Dutt over the years in every conceivable look of his. Not much is revealed apart from the introduction to the actor right from his early days in the industry to the present.

There’s an invitation from Ranbir inviting you into Sanju’s world and immediately, you’re hooked.

But here’s something we’ve learned from reliable sources. The film marks A.R. Rahman’s first time being part of a multi-composer Bollywood soundtrack. The maestro will have two tracks featuring on the OST.

From what we hear, he will be joined by two relatively new composers, Vikram Montrose and Rohan Rohan.

Vikram Montrose last composed for Marathi film Bhay’s OST that we know of and most recently, recreated Bin Tere Sanam for Venus Music.

Exactly how many tracks will end up featuring on the OST and how many of Dutt’s hits will make it to the biopic is not known at this point.