Story behind his Farsi track BiBonbast 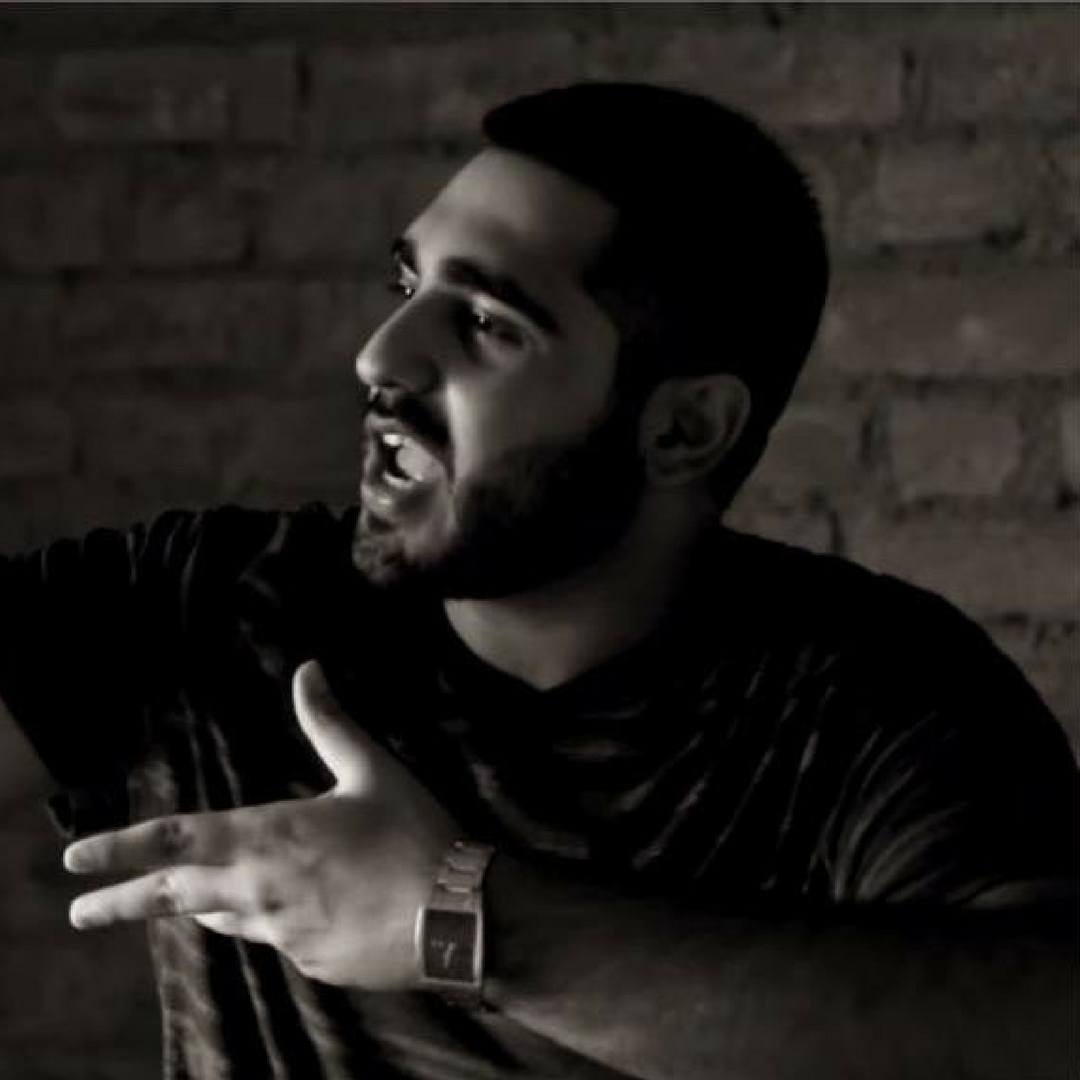 Go listen to Bi Bonbast (both parts) even if you don’t understand Farsi. Listen to it once, and then read this piece. Because we’ll tell you what the powerful song is about, in the rapper Ahdi’s own words in just a bit.

Ahdi was introduced to us by Bollywood singer Nikhita Gandhi, who features on the two-part track. We spoke to her last week and were intrigued enough to reach out to the Persian rapper.

WHAT’S HIS VERSE ABOUT
“I also rap in English”, he says, “but far lesser”. By his own admission, his verse focuses mostly on social issues — affection his home-country Iran as well as the world.

Anything in particular? “I would say it’s mostly about the injustice that the Baha’i community is facing in Iran… I am one, I’ve grown up in a Baha’i family. There are several excellent Persian rappers who raise social issues in their music, but our minority doesn’t have a voice that brought up our problems. Hence it’s something I focus a lot on. But I do talk about other issues as well, too.”

A SHORT HISTORY
Before he tells us about the song itself, he insists on telling us about the movement that sparked it.
Here’s a short history he shares: “Since the 1979 Revolution in Iran, the authorities have tried to enforce a mandatory dress code for women in the country which includes the scarf on their head (Hejab/Hijab), which is obviously not something a lot of Iranian women want. Before the Revolution, women in Iran where free to wear whatever they want.
The authorities enforced this rule by creating a police force called “Gashte Ershad” (گشت ارشاد). In English, it quite simply translates to Morality Police, Guidance Patrol or Fashion Police, whatever…. Their job would to drive around the city and make sure everyone was dressed “morally” according to their own beliefs, and if they find people not dressed according to their standards they would stop you and make you “fix” your clothes, or they would take you to their station make you call a relative or anyone to come pick you up, maybe fine you so you don’t repeat this so-called crime again.” This led to a counter-culture, he says where people would “dress differently at home and behind closed doors than in public places”, leading to a simmering frustration.

THE MOVEMENT THAT SPARKED OFF BI BONBAST
He draws our attention to the widely-written about “this movement called White Wednesdays (چهارشنبه های سفید) in Iran where women all over the country would show their protest against the mandatory hijab rule by either taking off their scarfs and walking around the city on Wednesdays (some filming it and posting it online) or even just wearing a white scarf when they are outside on Wednesdays to show their support of this campaign,” he shares

The movement gained steam when women began standing in main areas in the streets and hanging the white scarfs on a stick and holding it up instead of wearing them on their heads. Some men and women started doing this on different days of the week not just on Wednesdays, he adds.

We learn that the progenitor of the movement is Masih Alinejad, the founder of My Stealthy Freedom (an online movement opposed to the mandatory dress code). He continues, “Hats off to these brave women. They have my complete respect. They are doing this knowing full well the consequences and the things they are going to face afterwards. But they are brave enough to do it and stand up for themselves.”

He does, however, clarify that the movement isn’t anti-hijab as many believe. “It’s not that at all. It’s pro-freedom, he asserts, adding, “Any individual has the freedom to wear whatever they want. And not have anyone judge any other person according to their own beliefs.”

‘MY DUTY’
As someone growing up Baha’i, he says he felt it his “duty” to say something and support the movement because “one of our fundamental beliefs is the Equality of Men and Women. and having a Person as great as Táhirih in our history.”

He says this wouldn’t have been possible without his music producer Sai and his featuring singer Niki (aka Nikhita Gandhi).

ABOUT THE SONG
The name is Bi Bonbast (بی بنبست) in Farsi. in English, it means No Dead-End or Without a Dead-End. “The first verse has me taking on the persona of the moral police, talking down to a woman in a degrading manner. ‘Know your place’, ‘Fix your scarf’, ‘Are you looking for trouble’, ‘By doing this you’re embarrassing your family and disgracing you and so forth, ‘Forcing you to dress properly is my duty, this is what God wants’, ‘Why are your clothes so tight?’ ‘You are turning us men on with your tight clothes’ ‘Why are your clothes so tight? You are turning us on with your tight clothes. It’s your fault we get sexually aroused because of the clothes you are wearing’, ‘The women in the old days were good where they used to only say “Yes” to whatever we wished’ and I end the verse with.. ‘Yes, woman, I know, I’m sick (mentally),” he shares. Taking a breather, he adds, “I know, it’s even disgusting to say these words, but I was playing the role of that character, and I had to play it as true as I can.
The second verse has me playing the woman, talking back to the moral police, starting out by trash-talking them and going at them with, “You have no right to have a problem with what I wear. What i wear is my freedom. And the hijab you are forcing me to wear on my head is something you should be wearing on your eyes (have chaste eyes). How dare you raise your hand when I talk back? What I say is the truth and I won’t back down. You say the women in the old days were good? I agree, because the women of my country (Iran) have always been making history, and as you see.. they still are. If You are truly a “man” then instead of calling me bad names because of what I’m wearing, go and say something to all these men in power that rape or sexually abuse women and children and are still relaxed and free in the world. The man that supports me and stands with freedom is the true man…. A true man is the one who stood for justice even if it got him jailed, but understood that the answer to Injustice is not patience. When we are being treated like any other minority, understand that we will all unite. So I call you out and let’s see who wins in the end. Plus, my voice is not a crime or a sin in this country.”
In the third part of the verse, he says he raps as himself. “Saluting the brave women standing up to the injustice. Saying that we stand by you and that we are all equal here. That no gender forces or bullies the other. THAT’S equality. Our rights are one! doesn’t matter if you a man or a woman.,” he concludes.

ALL IN ALL…
We’ll be the first to admit that the meaning behind his words is quite intense and are aware that it will polarize people who believe in gender equality from people who believe in the “old way” of things. But the sign of any good society is debate and discussion. We have to admit that we cannot and should not dictate what women should wear and instead, as men, clean out our mindsets and understand that respecting women is something that we ought to do anyway and regardless.
We need voices like this to stand up and be heard. We need more people like Ahdi to stand up and be counted.