Sukriti and Prakriti Kakar: ‘All singers have a songwriting keeda inside them’

The Kakar twins on turning composers in 2019 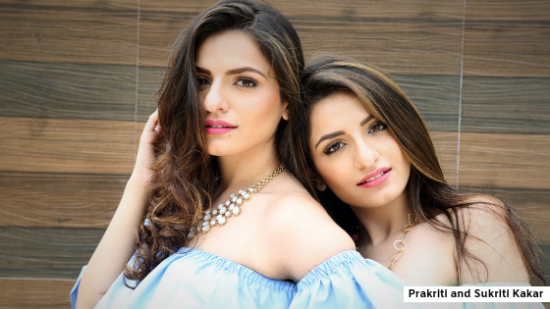 We met the Kakar sisters — Prakriti and Sukriti — earlier this week and what we can tell you conclusively, is that they’re going to debut new music year, not just as singers, but as composers as well.

The question came up during the course of our conversation with them about Jammin’, a show on which they appear.

We talked about The Remix. Prakriti, one of the contestants on that show, admitted that she learnt a lot of production from the Amazon Prime Original while Sukriti, who was touring with composer Salim-Sulaiman at the time, says it was a learning experience for her as well.

When asked how they would take their learnings into the next year, Sukriti said, “2019 is musically going to be very exciting for us because finally everybody will get to hear our compositions. That’s something we are going to debut at…”

Prakriti echoed that sentiment, adding, “It’s definitely going to be a first, in that it has never happened before for us. These days, non-film music gets almost the same kind of recognition as film music. Right now is the best time to come up with something as raw and original as possible. We’ve produced a few tracks and you’ll see us feature in them as well.

“Also, I think every singer has this songwriter keeda inside them. We found it this year. That’s why I loved 2018, next year you’ll probably hear our music.”

Looking forward, is all we can say.