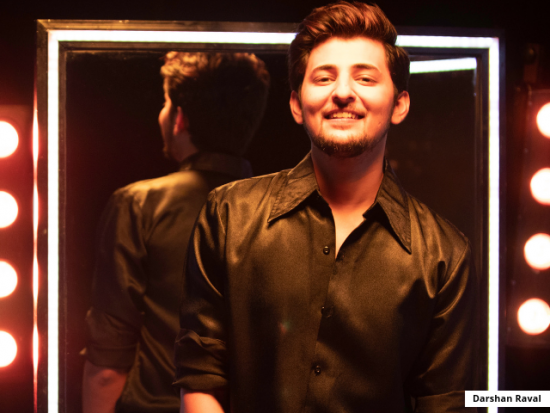 Darshan Raval’s Do Din video drops on Monday and from what we’ve been told, one can expect the soulful singer (known for his sentimental non-film singles) to break stride and actually make a #HappyLove song. To make sure he rocks at it, The Shaimak Davar Dance Company will be seen teaching the pop sensation some fresh dance moves for his soon-to-release single.

From what we know, Darshan has been practicing the dance moves for over a month with regular practice sessions with the team.

Says Darshan Raval, “Dancing is not as easy as it looks, there is a lot that goes behind it. I had a blast doing this session with the best from the industry. I hope my fans like it.”

Says Shiamak Davar, “We took on the project as the song is fun and has a great vibe to it. We really enjoyed working with Darshan too, he is a quick learner.”

Adds the music video director Divya Palat, “ When we heard the song, we knew we needed some major cinematic experience and who better than Shiamak’s team. We are happy this association came about. Darshan was a breeze to work with as well as the team at Sony Music. “

The audio teaser of his song was released and all his fans are now just waiting for the song to release. Composed by Darshan Raval and written by Kunaal Vermaa, the audio of the song will be out on September 9 while the video is scheduled for September 10.