The Force is strong with ONEmpire! 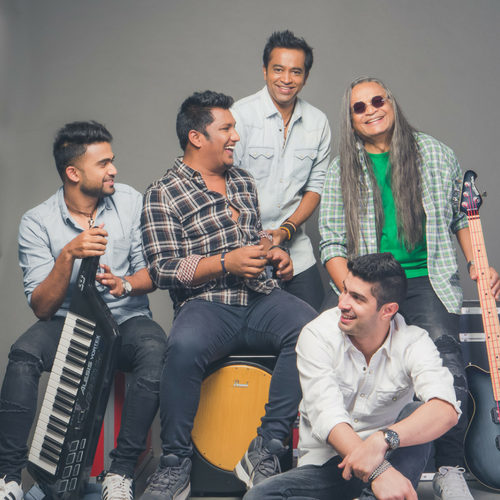 “So as you know, ONEmpire got to open for OneRepublic on their recent trip to Mumbai. Needless to say, it was a huge platform. We’re ever grateful to Cyrus Gorimar of Opium Events India for getting them down and then being so open to the idea of having a supporting act. He sent our material to the OneRepublic management for approval and we got that in less than a couple of hours.

We didn’t get much setup time on the day unfortunately as everything was running a couple of hours behind schedule but the head of production – Vinay Agarwal was AMAZING and he did everything he could to ensure we got what we needed.

Even our performance time was cut down a bit but we decided to make the most of what we had. So we went out there at about 7:15 p.m. and put up a really high energy 35-minute set which included FOUR covers (Thunder – Imagine Dragons, Sky Full Of Stars – Coldplay, Human – The Killers & Shape Of You – Ed Sheeran) as well as 3 originals (Shine A Light, Heaven Sent & Run The World).

The crowd was super-responsive. Being an opening act can be brutal if the audience doesn’t like you, because they’re not really there for you, they’re there for the main act and are stuck with you. But we got a really good response from start to finish so I would definitely call it a major success.

All in all, a great experience. I have my entire team to thank because honestly without them, a 25 minute setup on such a big stage, would’ve been impossible to pull off.

We had our two sound engineers Farhad & Mark, Roosevelt on lights, Rohan on visuals & our 3 fantastic backstage technical assistants who nailed the setup! I’m convinced we work with some of the best people around and they totally proved it.

And of course, the boys in the band, all brought their A-Game cos everyone knew what a big occasion this was! Let’s hope it opens a few more doors for us, and lets us become successful as an English Independent band coming out of India on the global scale. There’s really not much support from people in the industry here, so it feels good when you come across some that are willing to do whatever they can to support you.”