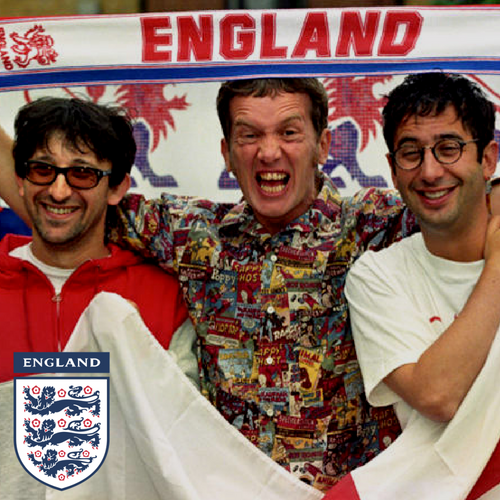 “Three Lions” flies 24-1 on the Official Singles Chart Update, seems like football is raking up the music charts with three soccer anthems in Top 50.

As England enters the World Cup semi-finals for just the third time, it seems like football is coming home on the singles chart. The classic soccer anthem “Three Lions” flies 24-1 on the Official Singles Chart Update. This is the UK’s Top 100 biggest singles of midweek, compiled by the Official Charts Company, based on sales of downloads, CDs, vinyl and audio streams.

George Ezra urges fans to dethrone his own song and crown ‘Three Lions’ for England’s World Cup Team Instead. “Thanks to you lovely people, Shotgun has been number one for two weeks running,” he said in a message posted on social media. “Of course that is amazing. But I think it’s time we knock it off the number one spot with Three Lions.”

Now, as England beat Sweden to progress to the semi-finals in Moscow, “Three Lions” is on full blast as fans dream of winning the World Cup.